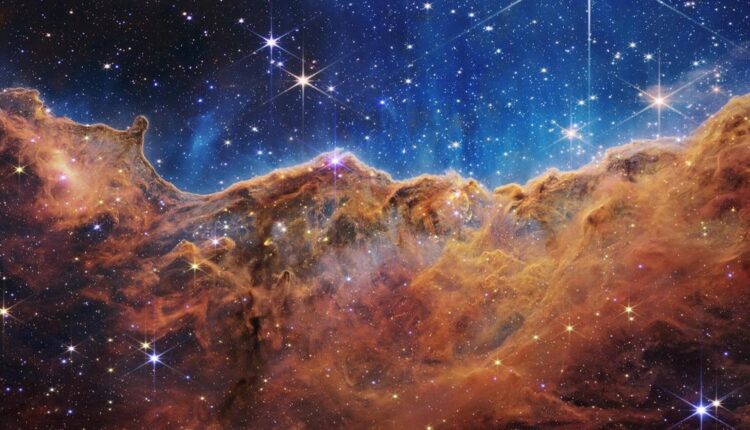 The event at Sacramento State’s Planetarium went from 10 am to 3 pm today and sat hundreds of people, eager and intrigued to learn and see more of our universe.

SACRAMENTO, Calif. — The Planetarium at California State University, Sacramento has partnered up with NASA to showcase their first deep-space and out-of-this-world images from the James Webb Telescope.

The James Webb Space Telescope is deemed the world’s largest and most powerful space telescope, capturing images of galaxies, nebulas and a giant planet outside earth’s solar system just 1,150 light-years from earth.

The free event at Sacramento State’s Planetarium went from 10 am to 3 pm Tuesday and sat hundreds of people, all eager and intrigued to learn more and see more of our universe.

“Let’s all look up and appreciate this incredible view of our universe,” Kyle Watters, Sacramento State’s Planetarium director said.

Watters lit up the planetarium’s dome with five images, four pictures of the universe and one picture of a star’s spectrum, which determines what elements and what compounds are in the atmosphere of a planet orbiting a star over a thousand light-years away.

The spectrum Watters showed little white dots, which is a measurement that James Webb made of the light coming from a star called WASP-96. The white dots indicate a measurement of sunlight or starlight from WASP-96 that comes through the atmosphere of a planet orbiting the star.

“This is just the first five images of what will be hundreds and hundreds of images for years and years to come,” Watters said. “With this telescope, a lot of time, effort and money went into it. Now, it’s finally sitting out there in space where it’s supposed to be and able to take pictures.”

Watters mentioned how the power of the infrared vision of the James Webb Space Telescope is almost like having X-ray vision.

“We can see through the clouds of gas and dust at what lies within and beyond,” Watters said. “This is something that we just quite simply could not do before, but James Webb’s view extends much farther into the infrared than Hubble, and it allows us to unveil things that were otherwise hidden from our view.”