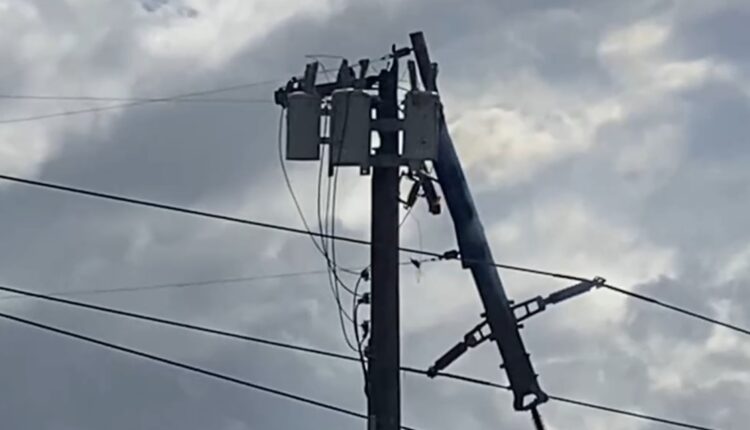 Officials said a transformer fire in the Rio Linda area Sunday was possibly due to the wind.

SACRAMENTO, Calif. — Sacramento is bracing for an early storm system that could bring widespread rain through the valley.

Southerly winds and cooler temperatures are a stark contrast to the record-breaking heat wave that swept the area just weeks before. Light showers hit the area Sunday, fluctuating on and off, but heavier rain is expected to arrive Sunday into Monday.

“It almost feels like we’re in the Bay, feels like we’re dealing with the ocean weather, you know? One day cold and rainy, the next like this is interesting for the valley, right?” McKale O’Connor, of Sacramento, said.

However, the increased winds are already causing problems for homeowners. Sacramento Metropolitan Fire District responded to a transformer fire Sunday afternoon, which officials believe was wind-related. It knocked out power for up to 10,000 customers in the Rio Linda area.

“Now we’re having outages based on just like weather conditions, whether the lines are being destroyed or not. That’s a lot. So I mean, talk about climate change in California in the valley itself,” O’Conner said.

Winds sent some trees tumbling like one that fell on a home in the pocket area or the tree limbs that were scattered in downtown Sacramento.

The strongest storm impacts are expected overnight. Roads are expected to be slick Monday, so drivers are encouraged to give themselves plenty of time to get to their destination and to keep their eyes peeled for standing water.

“Just be cautious, like don’t don’t go crazy fast but also don’t like slow down so much that you’re making traffic horrible,” Brigitte Nogsek said.

Weed for Warriors: non-profit partners with Fresno pot store to give away free products