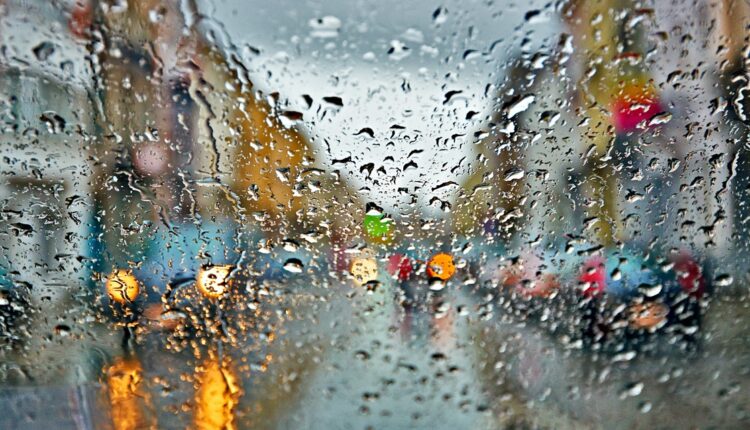 Radar showed rain showers in the area, but most Sacramento area residents only received a few sprinkles due to dry air in the lower atmosphere

SACRAMENTO, Calif. — Many in the region might have been surprised to wake up to gray skies, cooler temperatures and even a few raindrops. It felt like a crisp autumn morning, with nearly overcast skies and 9 am temperatures reading 63 degrees.

Trace rainfall readings (less than 0.01″ of rain) were all that most received in the Sacramento area. Most of the rain that fell evaporated before it hit the ground due to extremely dry air in the lower atmosphere.

Meteorologists use sounding data, a method of obtaining a vertical profile of the atmosphere via weather balloons, to forecast precipitation for events like this.

Below is a sounding from the 9 am model run from the High-Resolution Rapid Refresh (HRRR) forecast model obtained from pivotalweather.com. Sounding data can be daunting at first glance, but it paints an extremely valuable picture of the atmosphere.

The lime green line on the left represents dewpoint (the temperature at which water droplets condense) and the red line represents atmospheric temperature. Points where the lines overlap means the air is saturated, while the further apart they are the drier the air in that layer is. Areas of saturated air are likely locations of rain.

Using the data above, we can see that the rain-producing clouds were located about 6 km (3.7 mi) above the valley floor. As we head back down towards the surface, the lines grow further apart, meaning low relative humidity values. When raindrops enter this third layer, they evaporate and don’t make it to the surface. This is known as virga.

“There has been a lot of showers on the radar today but not much of the rain with these has reached the ground. You also may have noticed streaks or wisps coming from the clouds. This is considered Virga,” official said in a tweet.

A low pressure system spinning over the state is to thank for the brief relief from the above average temperatures. As the storm system advects to the northeast, high pressure and warmer temperatures will return to the region. Thunderstorms are likely to persist in the Sierra’s for the rest of the afternoon, mainly south of Highway 50.

California farmers have dealt with drought, but what about the effects of inflation?

Fresno native with ADHD helps others this Disability Pride Month