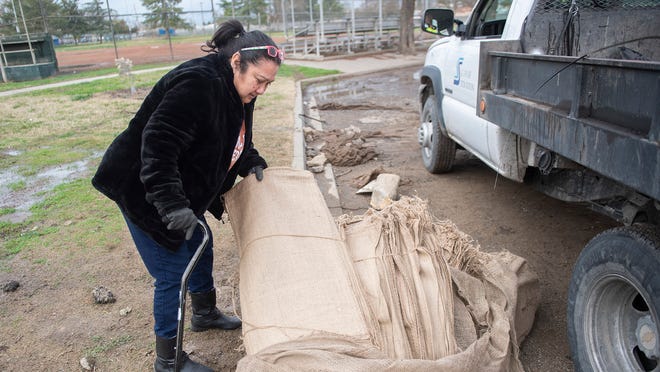 As the next in a series of storms move through Stockton and Northern California, local schools altered bus routes and San Joaquin County declared an emergency and opened more resources for residents.

Stockton closed all city parks on Tuesday due to uprooted trees, and Stockton Unified School District adjusted their bus pickup and drop off spots.

“The governor has proclaimed a State of Emergency to support relief efforts,” SUSD spokesperson Melinda Meza said in an email to parents. “There has been some inquiry about school closures. At this point there are no school closures in the county, but we are working closely with emergency officials, county officials and city officials.”

Meza said there could be more changes, and the school district will issue another update to parents at 6:30 am Jan 5. For more information on Stockton Unified storm response, visit stocktonusd.net.

County Director of Emergency Operations Tiffany Heyer said most of the waterways that were cause for concern during and after the weekend storm receded to “lower levels.”

As of Wednesday afternoon, she said the Mokelumne River was on the “monitor” level — the river may produce overbank flows causing minor flooding of low-lying lands and roads — particularly near Benson’s Ferry and Thornton, where the Cosumnes and Mokelumne rivers meet.

“We aren’t seeing major impacts on levee systems and things that we’ve typically seen in the past,” Heyer said. “However, this is a major storm that is fairly unpredictable.”

Heyer said crews are working through homeless encampments along waterways to get people into shelters, and that the county is better prepared to handle the next set of storms with most public agencies now on 24-hour standby to respond to the coming storms.

More:‘Avoid travel as much as possible’: Stockton road closures, flooding info ahead of storm

“Everything that happened in the last 48 hours or so, it really caught everybody by surprise … nobody, not even the Weather Service expected it to play out the way it did,” Heyer said. “We are monitoring (the waterways) and if the situation changes, we would initiate evacuation warnings or orders and give people as much time as possible to make sure they can get out of those areas.”

The declarations allow local, state and federal officials to mobilize resources in responding to needs in communities dealing with emergencies.

Supervisor Steve Ding — who was sworn in along with Supervisor Paul Canepa — was in public service during the 1997 Northern California floods when working with former Congressman Richard Pombo.

“That’s when your mettle gets tested,” Ding said. “Over the next couple of weeks we’re going to have some challenges — I think we’re going to be ready to go.”

In North Carolina, More People Are Training to Support Patients Through an Abortion