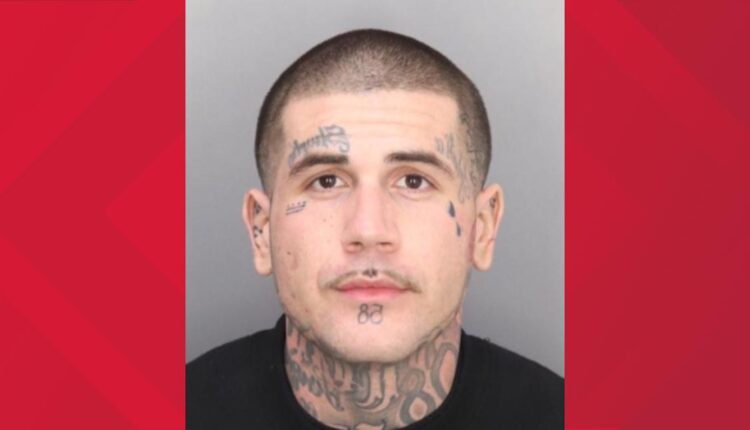 Raymond Joseph Calderon, 30, was identified as the suspected killer in the Tuesday night shootings.

SAN JOSE, Calif. — A man suspected of killing his ex-girlfriend in Modesto and a man in San Jose was identified by San Jose Police in a press conference Friday afternoon.

Raymond Joseph Calderon, 30, who said San Jose Police had a violent record was identified as the suspected killer in the Tuesday night shootings.

A man was killed in San Jose around 7 pm on Tuesday, just hours before the shooter drove to Modesto, according to Modesto police.

Calderon had driven from San Jose to shoot his ex-girlfriend, 29-year-old Michelle Rose Gonzales, and then drove back before being shot by San Jose police there and pronounced dead.

According to police Calderon had a warrant out for his arrest following a breached restraining Gonzales had against him order prior to the attack.

Gonzales leaves behind a 6-month-old baby boy and a 9-year-old daughter.