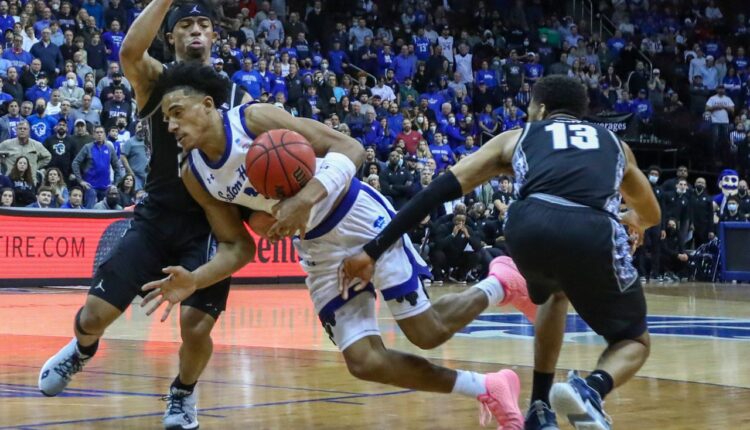 The 6-foot-6 Rhoden averaged 11.8 points, 5.4 rebounds. 1.6 assists, 1.4 steals and led all players in plus/minus at plus-85 as the Kings went 3-2 in five games. He was one of several Seton Hall products in Summer League, along with Myles Powell (Sixers) and Sandro Mamukelashvili (Bucks).

“[I’m trying to show] just my intangibles,” Rhoden said in an interview last week. “Being a guy that’s a ‘3-and-D’ type of dude who can effect the game in all the other ways besides scoring. Rebounding, defensive activity, being a versatile defender and someone that can guard 1 through 4 and just showcase my length and my strength and my ability to play.”

Want to bet on the NBA?

Rhoden landed with the Kings after averaging 15.5 points and 6.7 rebounds this past season en route to All-Big East First Team honors. During workouts with 14 teams, he tried to show NBA teams that his shooting form has improved after he shot 39% from the field last season and 34% from deep.

He signed with the Kings for Summer League but is not tied to them beyond that, so he now hopes to be added to the training camp roster for the Kings or another team. He could be a candidate to play in the NBA G League and split time with an NBA club.

“It’s been amazing,” he said of Summer League. “It’s definitely been one of the best groups I’ve been around. The guys are just so welcoming, the coaches are great coaches. Just the staff and the environment.

“You definitely feel like there’s a new energy coming in Sacramento and I would love to be a part of it.”

Thank you for relying on us to provide the journalism you can trust. Please consider supporting us with a subscription..

Adam Zagoria is a freelance reporter who covers Seton Hall and NJ college basketball for NJ Advance Media. You may follow him on Twitter @AdamZagoria and check out his Website at ZAGSBLOG.com.