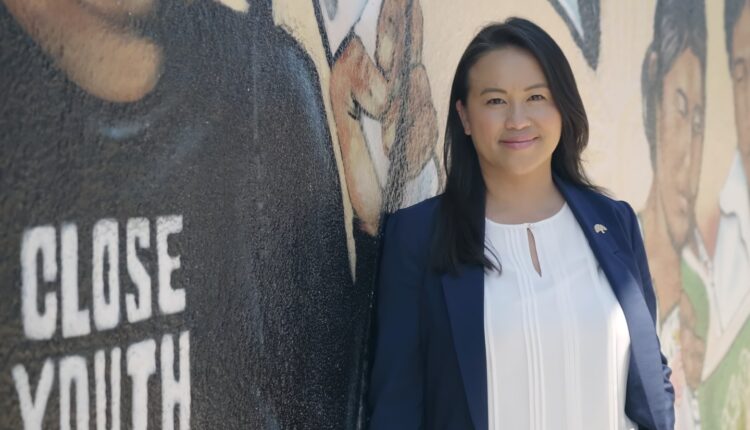 Sheng Thao is set to become the first Hmong American to serve as mayor of Oakland, but her win has also reverberated in Sacramento, home to the third-largest Hmong population in the nation.

Thao previously served as the first Hmong American woman on the Oakland City Council, and in her mayoral campaign she was very open about the barriers she faced in running for mayor as an Asian American and a Hmong American woman. She also identifies as a single mother, a domestic violence survivor and a daughter of refugees, and ran on a platform of being able to represent and support those whose voices aren’t often heard in politics.

In an earlier interview with CapRadio, Thao said she proudly ran as an Asian American and Hmong American woman, two parts of her identity she didn’t try to hide during her campaign. And she also spoke about the importance of representation.

“My parents’ generation, they are barely now just understanding why their voice matters and why their votes matter, because they’re seeing us getting into office,” Thao said. “They’re like, well, this isn’t a sham after all, right? And so that’s why it’s important around representation too, representation on your ethnic background, on your race.”

A 2012 Asian American and Pacific Islander election survey done by Asian Americans Advancing Justice actually found that Hmong Americans were among one of the most politically engaged subset of Asian Americans, with 89% turning out to vote in that election.

In Sacramento, community advocates say Thao’s win is a big step for Hmong representation in politics, and in particular, for Hmong women.

CapRadio reporter Sarah Mizes-Tan had a chance to speak with Kao Ye Thao, the policy and partnerships director at the nonprofit organization Hmong Innovating Politics in Sacramento about what this mayoral win means for Hmong communities around California. Kao Ye Thao is unrelated to Sheng Thao.

On the significance of Sheng Thao’s win for Hmong Americans

Sheng Thao’s mayoral win is a historical accomplishment that’s being celebrated in the Hmong community everywhere and not just in California. From having been the first Hmong woman elected to city council in California to the first Hmong American woman mayor in the entire country, Sheng is definitely a trailblazer. I would say that she’s a shining example of hope and resilience for our Hmong community, not only because of the firsts that she represents, but also because of the work that she has already been doing to champion our most impacted communities and fighting for progressive change .

In the last 50 years [since Hmong refugees started to arrive in the United States], we’ve had Hmong elected representatives in Minnesota and in California, but this is really the first time where we’ve had a Hmong American mayor from a major city. And so really, even for our history in the last 50 years, this is a major accomplishment within our community.

On the history of political engagement in the Hmong community

Hmong Americans have always been involved and organized within our community. It is something inherent in our culture. And still, politically, I think that our Hmong folks, we always have this desire to connect and engage. And politically, like many other communities of color, there are definitely barriers that we’ve faced politically, and that is because in our community, you know, we still have predominantly folks who don’t speak English as a primary language. And even with that specific issue, it causes a lot of barriers for us politically. We’re eager for elected representatives that want to champion the issues that we care about.

I feel like wins like this really energize our community, to see that there is this hope, these are spaces that are meant for us.

When we speak with elders, they’re very eager to go vote, but to see something as tangible as this mayoral win really energizes us to be more active. I don’t think our elders don’t want to be politically active, but historically these spaces have never really supported us to show up as ourselves. To me it’s about the hope that comes from really re-imagining what does a mayor look like? And I’m really hopeful that this will energize our community to be even more active and see ourselves in the political space.

Toronto and Sacramento to meet for cross-conference contest