Sheriff: Pilot this in small plane crash near Modesto Airport 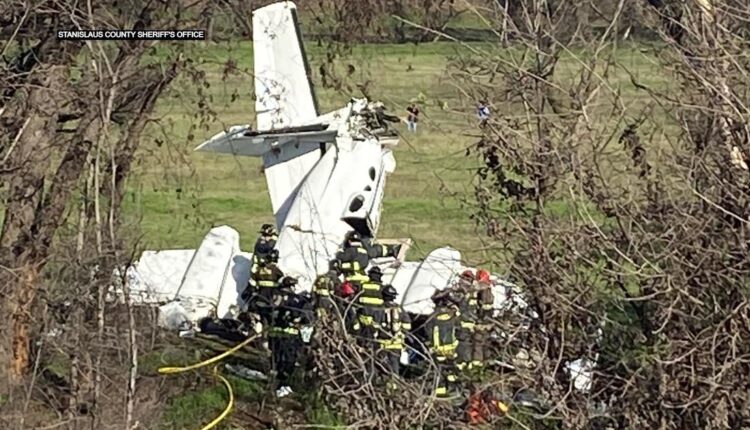 STANISLAUS COUNTY – A pilot has died after a small plane crashed near the Modesto airport on Wednesday, authorities say.

Scene of the crash.

The Stanislaus County Sheriff’s Office confirms that the pilot was the only person on the twin-engine Cessna 414, which crashed into a field near the airport. The pilot, a man, has not yet been identified.

Exactly what led up to the crash is unclear, but the FAA and National Transportation Safety Board will be investigating.

Ceres police said Mitchell Road was closed north of Hatch Road for northbound traffic due to the incident.