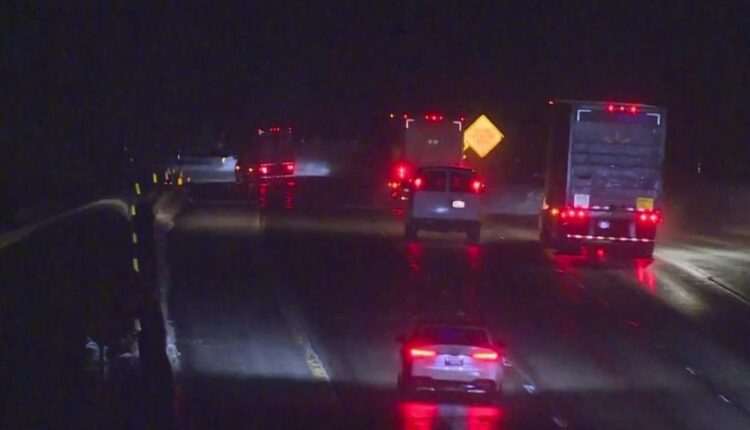 Drivers try to beat the storm through the Sierra

Drivers try to beat the storm through the Sierra

NYACK — Drivers on Thursday were hoping to beat the snow through the summit ahead of New Year’s Eve weekend.

“There was fog, there was rain, there was everything,” said driver Nichelle Corales.

The roads could get worse the coming weekend.

“The goal was to get on the road early this morning,” said Greggory McMillon.

McMillon has been skiing on the schedule, but in the past, the journey from Sacramento to NorthStar has taken longer than expected.

“The longest it’s been is about seven for us. We’re hoping for an hour forty-five today,” he said Thursday. “The last thing I want is to get stuck and stranded in the snow.”

Interstate 80 is clear for now, but as snow falls, the roadways get worse for cars and trucks responsible for bringing billions of dollars of commercial goods through the mountains.

“We come up here during in climate weather and we assist our trucks,” said Mark Allen.

His job is to help protect Walmart drivers by chaining tires and leading them through the snow.

“When everyone starts coming up to see the snow, safety is not on their mind and it’s a hazard up there. That would be my one big advice: slow down, people. When you see trucks along the road, there’s men working,” he said.

Caltrans will have equipment ready to go this weekend should it be necessary to use, including plows, blowers, and emergency equipment.

Get to Know DJ Steward