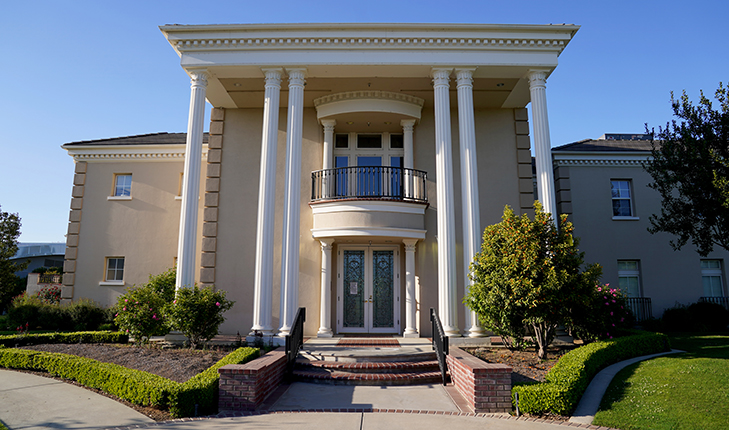 The freshmen were selected from a pool of more than 500 applicants, said Dr. Saeed Attar, director of the Smithcamp Family Honors College. High school seniors must meet one of the following two criteria in order to be eligible to apply: be in the upper 10% of their graduating class or have a minimum 3.8 GPA in grades 9 through 11.

The Smittcamp Family Honors College was established in 1998 with a $1 million gift from the late Earl and Muriel Smittcamp, the founders of a prominent family agribusiness and longtime supporters of Fresno State. The honors college has also received the support of many other donors from the Fresno area as well as the honors college alumni.

The new scholars were welcomed to Fresno State at an in-person reception with University President Saúl Jiménez-Sandoval on Aug. 19. Each scholar receives a President’s Honors Scholarship, up to a maximum of eight semesters, for their undergraduate degree program. Each scholarship, valued at $6,000 per academic year, also covers an optional credit for a standard room in University housing should a scholar choose to live on campus.

The honors college is unique in the California State University system because President’s Scholars are admitted as a cohort; take a series of specially designed honors courses; participate in a weekly colloquium with guest speakers and discussions; and interact in educational, scholarly and social activities.

In addition, President’s Scholars are required to volunteer a minimum of 70 hours of community service during their four-year stay. For example, during the 2021-22 academic year, scholars provided 2,481 hours of service to 55 organizations on and off campus.

To remain a member in good standing, a scholar must enroll in at least 12 units each semester and maintain a minimum cumulative GPA of 3.25 in their first year, 3.35 in the second year and 3.5 in the third and fourth years.

The 2022 cohort of President’s Scholars and their high schools are:

KHN’s ‘What the Health?’: The Future of Public Health, 2022 Edition