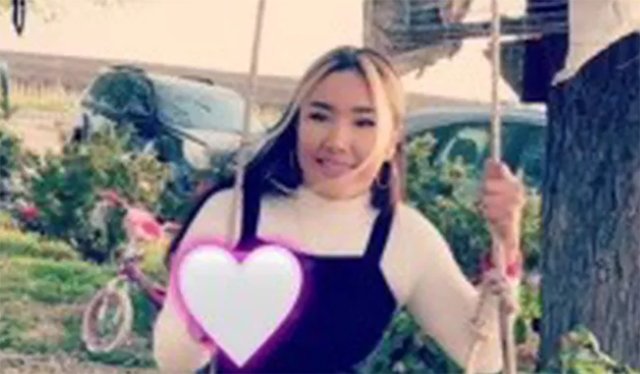 A Livingston woman was gunned down outside a Turlock auto parts store Tuesday by a man who had previously been arrested for stalking her.

The deceased was identified as Zobeyda Esquerra, 22, of Livingston.

The shooting prompted a pursuit and a manhunt through Turlock neighborhoods that ended when a resident spotted the suspect and notified police of his whereabouts.

Around 9 pm Tuesday, Turlock Police officers were dispatched to the O’Reilly Auto Parts store at 1144 Geer Rd., near Wayside Drive, for a report of a shooting.

Multiple officers responded to the scene.

The report of the shooting included a description of a light-colored sedan believed to be driven by the suspected shooter.

Officers spotted the vehicle fleeing the area and attempted to stop the driver, but he ignored their orders and a pursuit ensued.

Officers pursued the vehicle to the 1300 block of North Quincy Road, where the vehicle crashed into a fence. Ibarra-Tapia fled on foot, which sparked a local area search.

Turlock Police Dispatch sent an emergency notification to residents living in the area to shelter in place, lock doors and report suspicious activity. Officers completed a yard-to-yard search and had begun breaking down the perimeter when an alert resident called 9-1-1 and reported seeing the suspect in the area. Officers found Ibarra-Tapia hiding in the 1300 block of Estates Drive where he was taken into custody at gunpoint.

“This is another example of the community and police department working together to provide for a safer Turlock,” said Turlock Police Chief Jason Hedden.

Other officers had gone directly to the scene of the shooting and found Esquerra with multiple gunshot wounds.

“Lifesaving measures were administered on scene and the woman was transported to a local area hospital where she succumbed to her injuries,” said Turlock Police spokesman Sgt. Michael Parmley.

Ibarra-Tapia also had shot at two store employees, though neither was hit, according to the police department.

The investigation revealed that Ibarra-Tapia had previously been arrested in October 2021 in Merced County for stalking Esquerra. Ibarra-Tapia bailed out on those charges, and the status of those charges is unknown at this time.

As a result of this incident, two separate crime scenes were established. Detectives responded to each of these scenes and worked through the night processing the evidence from the vehicle and shooting scene.

“Our hearts go out to the victim’s family, and we hope the arrest of the suspect brings some sense of closure as they mourn the loss of Zoe,” said Turlock Police Detective Gina Giovacchini said.

Esquerra’s family has started a GoFundMe account to help with funeral expenses.

“This was so sudden and tragic for our family and we ask for your help or any kinds of donations to put my little sister to rest,” her sister Cinthya Venegas wrote on the account. “We need justice of Zobeyda.”

The GoFundMe link is https://www.gofundme.com/f/funeral-expenses-for-zobeyda-esquerra?utm_campaign=p_cp+share-sheet&utm_medium=copy_link_all&utm_source=customer

The Turlock Police Department is an active participant in the Crime Stoppers Program. Callers can leave an anonymous tip by calling Crime Stoppers at (209) 521-4636 and may be eligible for a cash reward.