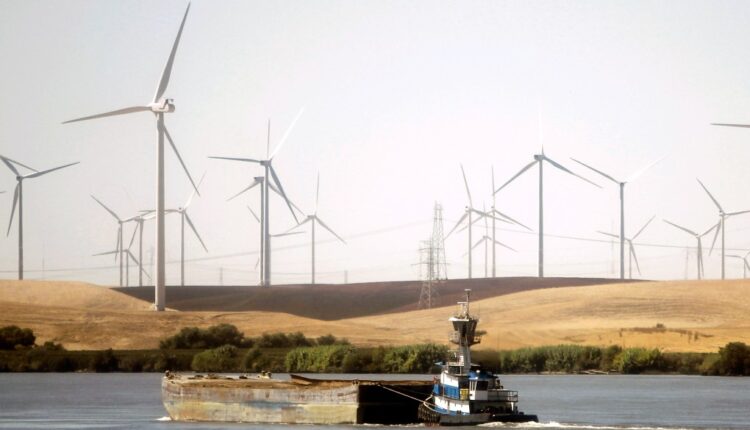 In sweeping water curtailments stretching from Fresno to the Oregon state line, cities and growers in the Sacramento-San Joaquin Delta watershed have been ordered to stop pumping from rivers and streams.

The cutbacks, announced today by the State Water Resources Control Board, will affect about 4,500 water rights in the Delta watershed, including 400 or more held by 212 public water systems, beginning Wednesday. But they’re concentrated around the San Joaquin River and its tributaries, where state officials expect “significant, very deep cuts.”

Water board staff called the cutbacks “unprecedented,” although similar curtailments were imposed in the watershed last year, just much later in the year, in August.

California’s water rights system operates on the basis of seniority — those with the oldest claims are typically the last to be cut back. But even those with rights in the San Joaquin watershed that date back to 1900, before California enacted its water rights law, are expected to be hit with the curtailment orders.

“This is now affecting water users that may have not been impacted in well over 100 years, or were affected for the first time just last year,” said Ryan Jacobsen, CEO of the Fresno County Farm Bureau. “This is not only a historic cutback, but we hope it’s not what is now the baseline for the future.”

The pain for growers will vary, depending on their access to other water supplies, such as wells.

“Similar to last year, for some of those agricultural users, they have no other supply, thus they feel immediate pain,” Jacobsen said. “For others, they may have to use groundwater instead.”

Last summer, thousands of water users were ordered to stop diverting water from rivers after many growers had already made planting decisions.

Public water systems that could be affected by the curtailments include the cities of Lodi and Vallejo, and San Francisco’s Regional Water System, according to a water board document. Many cities have a variety of water sources, such as groundwater and stored supplies, and it is not immediately clear how much water they will lose.

The Sacramento River watershed, although hit hard by the drought, is expected to be relatively spared by the new cutbacks for now.

“In the Sacramento watershed, we actually don’t anticipate significant curtailments at this time,” Erik Ekdahl, a deputy director with the State Water Resources Control Board, said at the water board meeting today.

The lack of substantial curtailments there, Ekdahl said, are “largely related to the reduction in water use by the Sacramento River and Feather River settlement contractors,” which have contracts entitling them to certain amounts of water even in dry years.

In the Sacramento Valley, for instance, major irrigation districts have already agreed to reduce their water deliveries to 18%, a massive cut from their typical dry-year reductions that leave 75% of their supply intact.

Smaller tributaries, however, including Cache and Putah Creeks are expected to see curtailments, Ekdahl said.

Deeper cutbacks could come as the summer continues.

The news of the curtailments comes as Californians once again fell short of Gov. Gavin Newsom’s Entreaties to Conserve Water. New data released today shows households and businesses in cities and towns increased water use by 17.6% in April compared to two years ago.

Urban water use decreased in northern coastal and mountain regions by about 10 to 14% and flatlined in the San Francisco Bay Area. But it increased everywhere else — from 2.2% in the Sacramento River area, to more than 40% in the deserts of southeast California. The increase once again cut into the state’s total water savings since last July, which now sit at 2% overall relative to 2020.

Southern California water users haven’t been unscathed by the drought. The giant Metropolitan Water District this month Strict water restrictions imposed on 6 million of its 19 million customers, including in parts of Los Angeles, that rely on the parched State Water Project.

Updated on June 8, 2022 to reflect the latest numbers of water rights curtailed.