State of the Sacramento Kings: 10 lessons learned through 10 games 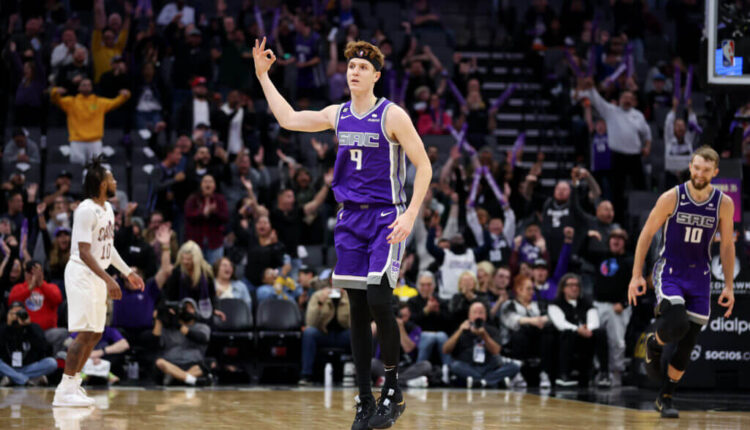 SACRAMENTO — The Kings have played 10 games. Nine have been competitive. The last four have included some level of late-game drama. They won in Orlando on a 32-foot buzzer beater and lost twice on controversial last-second calls the NBA later admitted the officials missed.

They’re 4-6. It’s an early season record that feels like it could be a notch better with some extra fortune, but a tinge of momentum has been built after an 0-4 start. They’ve won four of six, punctuated by a 127-120 home win over the Cavaliers on Wednesday night that profiles as their best victory in Mike Brown’s first month as head coach.

What have we learned? Let’s sift through 10 lessons through 10 games.

Brown had everyone at his disposal against the Cavaliers and only went nine deep. He opened the season with KZ Okpala as the starting power forward but has since shifted that responsibility to Keegan Murray, the rookie who has started the past seven games. Okpala is now out of the rotation. So is Richaun Holmes, the backup center still owed $35 million over the next three seasons.

But that contract was signed before the Kings traded for Domantas Sabonis, the unquestioned starter, and hired Brown. It’s clear that Brown prefers more defensive versatility and spacing off the bench in the frontcourt. That’s why Chimezie Metu and Trey Lyles have hopped Holmes.

The numbers support the strategy. The Kings are plus-27 in Lyles’ 123 minutes and plus-20 in Metu’s 63 minutes this season. They are a team-worst minus-34 in Holmes’ 102 minutes.

Malik Monk and Davion Mitchell are the two other established bench pieces. Mitchell got 20 minutes against the Cavaliers, Monk received 27, including closing duties over Murray.

“This is the most comfortable I’ve felt going into a game,” Brown said. “Most at ease, relaxed, however you want to say it. Because I do feel like I’m starting to know the team better. They’re starting to know me better.”

So here’s how the nine-man rotation is materializing: De’Aaron Fox, Kevin Huerter, Harrison Barnes, Murray and Sabonis starting. Monk, Mitchell, Lyles, Metu coming off the bench. Terence Davis, the high-energy but sporadic guard, is on the fringe, the unofficial 10th man who will get time in certain matchups.

Fox’s buzzer beating bomb in Orlando is the signature play from the first 10 games. It erased the sting of a disastrous last-second turnover and secured a win that relieved a bit of pressure. But it was also part of a larger trend that’s necessary for the All-Star push — motivating both Fox and the organization, it seems — to become realistic.

Fox made 37 percent of his 3s his second season in the league on 232 attempts. But in the three seasons since, Fox finished 29.2, 32.2 and 29.7 percent from 3. That isn’t efficient enough for a speedy, high-usage guard who needs defenders to respect his jumper enough to force them into more vulnerable situations.

By all accounts, Fox worked like crazy this summer, returned in great shape and sharpened up that shot. It looks great the first month. Fox has made 36 percent of his 3s, keeping defenders honest enough to help him zip through cracks and get into the heart, where he’s always had great touch. Fox is 28 of 33 at the rim and 31 of 54 in the floater range. He’s shooting 53.5 percent overall. He’s never shot better than 48 percent for a season.

3. How about the defence?

That’s the largest question facing Brown in this organizational rebuild. He was hired, in part, because of a belief that his defensive prioritization and principles will eventually be able to lift the Kings out of the league’s bottom-10, where they’ve been stuck for 16 years.

The Kings are 25th through 10 games. They currently have a defensive rating of 114.6. They gave up 89 points in a half to the Warriors and still surrendered 120 in their biggest win of the season. So it hasn’t been a quick fix.

They’re trying to celebrate the smaller wins and hammer away at their principles. You will often hear Brown yell ‘no middle!’ through the broadcast. The Kings don’t have a true rim protector and, in accordance, have been telling all their perimeter defenders to force drives away from the middle. Brown is quick to relay the instances they’ve done it well. Here is Fox shutting off a lane to the middle and forcing a tough mid-ranger.

But for every positive example there are still multiple mistakes to correct. Fox received only 29 minutes against the Cavaliers, sitting for a stretch of the fourth quarter. Part of that reason seemed to be a lower-energy defensive effort in the middle of the game. Fox committed this foul on Kevin Love early in the fourth quarter that had Brown fuming.

Fox, toward the top of the screen, lets Love bump right past him for an offensive rebound and then bites on a simple pump to gift him two free throws. Brown immediately yells across the court at him.

4. They need Harrison Barnes to get going

Brown has instituted the same metric system he used with the Warriors that judges each player’s defensive performance on an individual basis. It’s a formula that grades on-ball, off-ball, post-up, off screen and a couple other defensive situations and spits out a number, the higher the better, publicized to the team.

In answering a question about Harrison Barnes’ early struggles, Brown highlighted that metric and revealed that Barnes has been the team’s second-best defender, according to his grading system, behind only Malik Monk, who he said graded in the 91st percentile of guards the first month.

There are small ways in which Barnes is helping the Kings. He’s had a couple of important rebounding nights. He hit a big 3 against the magic. He is shouldering difficult defensive assignments and absorbing wing minutes on a team that may have the thinnest wing depth in the NBA.

But his offense, prior to Wednesday, had fallen off a cliff and too often he’d sunk into the background. Barnes was shooting 37 percent overall and 17 percent from 3 through nine games, making only 5 of 30 from deep.

But he was productive against the Cavaliers. Barnes scored 20 points, made two 3s, forced his way to the line eight times and made six. He had nine rebounds, three assists and two steals. His presence was loud. They don’t win without that version of Barnes. They need more of it more consistently.

5. The Huerter pick up

These are two of the three biggest buckets to close out the Cavaliers on Wednesday night.

The first comes with 2:30 left. The game is tied. Huerter uses a Sabonis screen — those two continue to work great together — to get a step into the lane and find enough space for a floater. But it isn’t an easy shot. This is an 8-foot touch shot over Jarrett Allen and Evan Mobley, maybe the best defensive frontcourt combination in the league right now. Huerter makes it.

The second comes a minute later. The Kings are up three with a chance to separate. Huerter floats to the left corner, readies for a catch-and-shoot opportunity and nails the quick-trigger dagger to essentially seal the win. Huerter is now 37 of 73 from 3 this season. That’s 50.6 percent.

Here are both buckets.

You can read a much more in-depth piece on Huerter’s arrival in Sacramento (including an interview with Huerter from Miami) by clicking here.

Huerter has arguably been the Kings’ second best player through 10 games. To acquire him, it only costs Kings general manager Monte McNair a lottery protected future first rounder. It’s been the roster move that’s paid the most dividends the first month.

But the free agent signing of Monk — two years, $19.4 million — isn’t far behind. Monk has played 29, 31 and 27 minutes off the bench the past three games, regularly earning a spot in the closing lineup of both halves because of his detonation ability on offense but also his surprising defensive energy, rangy disruption and secondary playmaking.

Monk has scored 19, 15, 24 and 14 points off the bench the last four games, but his biggest sequence in the win over Cleveland may have been his two assists in crunch time. He was the one who collapsed the defense and set up that Huerter 3, seen in the clip above.

But how about this set up from a possession prior? Monk whizzes past Darius Garland to again attract Allen and Mobley and hangs in the air long enough to get the shot blockers out of position before dumping it to Sabonis for an easy layup to put the Kings up four.

It was a bad four-game road trip for Keegan Murray. The rookie, who profiles as an efficient scorer, went 5 of 15 in Charlotte, 3 of 7 in Miami, 1 of 6 in Orlando and 2 of 7 at Golden State — an 11 of 35 spiral that had him seated on the bench in the trip’s most important moments.

The sample size is too small and it’s too early to make any declarative statements about Murray, but his home/road splits through nine career games is strong. Murray is averaging 18.3 points on 56.3 percent shooting in four Golden 1 games, but only 8.8 points on 34.7 percent shooting in five games away from Sacramento.

Murray made four 3s in the win over the Cavaliers and finished with 14 big points.

Sabonis had 21 points, six assists and five rebounds against the Cavaliers. His counting stats are solid through 10 games. He’s had some bumpy moments but is producing, but not from deep.

Sabonis missed his only 3-point attempt on Wednesday night and is now 1 of 12 from 3 in 10 games. Dating back to last season, that makes Sabonis 5 of 29 from 3 in 25 games with the Kings. He’s barely taking a 3 per game and rarely hitting them, which wouldn’t be so notable if he hadn’t once gone 52 of 162 from deep for the Pacers over the course of a season.

The next 10-game subsection of this Kings’ schedule has several winnable games. It begins on Friday night in Los Angeles against the struggling 2-10 Lakers who may not have LeBron James. He left Wednesday night with what appeared to be a groin injury.

They face the Warriors for a third time on Sunday in Sacramento to begin a vital early season four-game homestand. The Nets, Spurs and Pistons are the final three opponents. All are currently under .500. This is a chance for the Kings to pile up a few wins and build off this recent momentum before a challenging road trip to Memphis, Atlanta and Boston.

Stopping the Churn: Why Some States Want to Guarantee Medicaid Coverage From Birth to Age 6