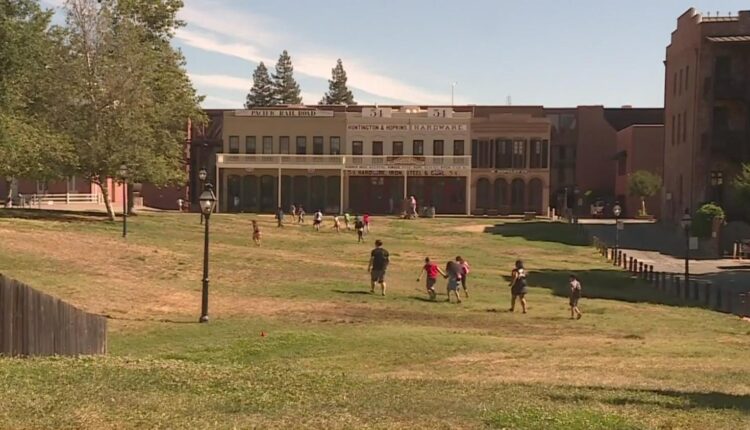 SACRAMENTO (CBS13) — The revitalization of Old Sacramento has faced some challenges amid a pandemic that pushed out business and pressed pause on waterfront development. Now, the state hopes a new hotel will make a difference — and you can help design it.

Walter Miller has made the walk there from midtown for four decades.

Miller supports the development of a hotel on the green space across from the California State Railroad Museum.

The hope is that it will bring in more business to the once-bustling waterfront. That’s the plan, according to the state, which is asking the public to weigh on Thursday night.

“The highest priority for us is the design of this building, to make sure it’s something that really fits in with Old Sacramento,” said John Fraser with California State Parks.

The state parks department’s mission is to tell the story of the history of the 19th century, especially the Gold Rush. They say plans for this have been in the works since 2014.

The state is looking for suggestions on how big it should be and the type of architectural materials to be used. But local business owner James Minow. who runs Sacramento Sweets, questions the location.

“The problem is it creates a tunnel down the alleyway, which we already have issues with,” Minow said. “And if you go in the back of any hotels in downtown Sacramento and check out what’s going on in the alleyways, do we want that down here?”

Minow has been in three locations in Old Sacramento since it opened in 1977. He wants a proposal to address crime and homelessness.

“The unfortunate part is all of us have become very immune to it,” Minow said. “It makes everybody feel bad, so the easiest thing to do is ignore it.”

“Just having them around keeps them moving,” he said. “Keeps everybody on the move and as long as people are on the move, they don’t park.”

And the state says their own rangers and peace officers will provide additional protection for the historic district. These are plans people like Miller hope will lead to a gold rush of opportunity.

“We’d like to see it a little busier,” he said.

There will be a workshop Thursday night at HotelStudyOldSacramento.com open to the public from 6-8 pm

KHN’s ‘What the Health?’: Closing In on Covid Vaccines for ‘The Littles’