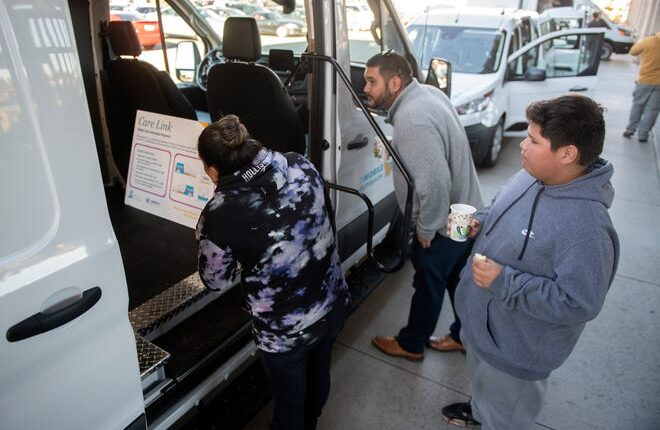 Emergency calls in Stockton involving people in mental health crises could soon be answered by a community mental health team in addition to, or instead of, the police.

“Many of these calls are a cry for help that is more appropriately handled by street medical teams,” City Manager Harry Black said in a statement.

The goal of the teams is to reduce costs associated with the 911 system by rerouting mental health calls — especially from frequent callers — to a designated unit that would de-escalate people and connect them with services, according to Alfonso Apu, behavioral health director at the nonprofit Community Medical Centers.

“Aside from managing a crisis and stabilizing someone or de-escalating someone, we want to follow up with that community member” in 48 hours, seven days, and in 30 days, he said.

A second goal is to “(decrease) fear or hesitance to call the police,” Apu said.

Police reform advocates across the country have argued that police departments are not best suited to handle mental health calls. A 2016 study estimated that up to 50% of fatal encounters with law enforcement involve someone with a mental illness, USA Today reported.

More:A look at the effort to expand mental health workers’ role in policing

The Stockton project is funded by $5.7 million in American Rescue Plan Act money and will be run in partnership with CMC, according to the city manager.

The first team — which will include a social worker, case manager, health worker and medical assistant — could be operational by mid-November, and will serve the area around Gleason Park, Apu said. The city plans to create three or four teams total over the next three years, he said.

Police and CMC are still working out criteria for which calls would be assigned to police and which to crisis teams, according to Apu.

“We hope to get to the point that law enforcement shows up first and triages the situation, and eventually calls CMC for backup,” he said.

The goal is for less severe calls to eventually be assigned to crisis teams, Apu said.

“That’s where we want to get. Where the calls are identified so appropriately that the 911 call will come and the dispatcher will automatically call us (and say), this is a behavioral health call, nonviolent, nonaggressive.”

Record reporter Aaron Leathley covers public safety. She can be reached at [email protected] or on Twitter @LeathleyAaron. Support local news, subscribe to The Stockton Record at recordnet.com/subscribenow.