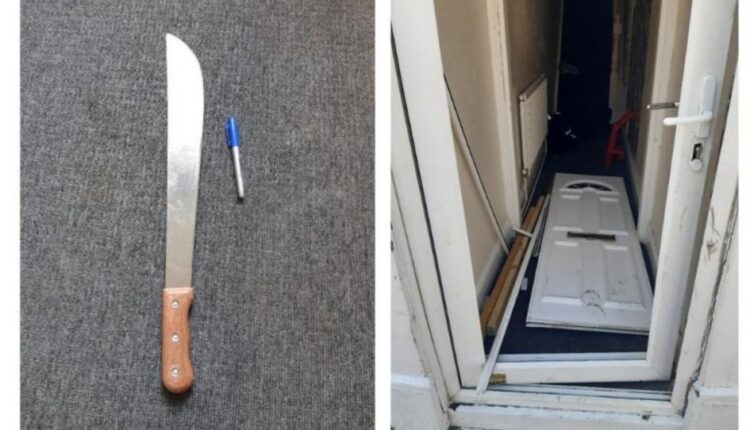 Weapons, drugs and cash have been seized after police raided a property suspected to be involved in the supply of illicit substances.

Cleveland Police recovered large machete and a CS cannister at an address on Samuel Street, Stockton.

A 32-year-old woman and two males aged 16 and 17 were arrested on suspicion of possession with intent to supply class A drugs and possession of a firearm.

The woman and 16-year-old remain in police custody and the 17-year-old boy has been released under investigation whilst inquiries continue.

Read more: Banned Darlington driver with ‘dreadful’ record back behind bars after being caught twice

A force spokesperson said suspected cocaine, cash, drugs paraphernalia, a machete and a CS cannister were seized during the raid.

The activity took place as part of Operation Resolve, which takes place throughout the summer at a period when demand is often higher in the warmer weather.

Anyone with information regarding drugs activity in their local area is urged to contact Cleveland Police on 101 or independent charity Crimestoppers can be contacted on 0800 555 111 or online at www.crimestoppers-uk.org.