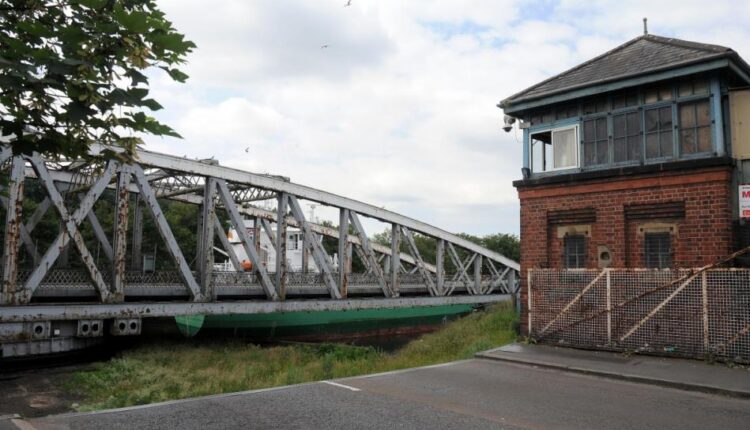 PLANS to refurbish the London Road swing bridge later this year look set to be under serious threat.

The Warrington Guardian understands the work, which was due to take nine months and start in April, could now be delayed or not happen at all.

That is unless Peel, the owners of the Manchester Ship Canal, agrees to either keep the road running during the work or pay for mitigation costs which would run into hundreds of thousands of pounds.

Discussions have been ongoing but the Guardian understand it ground to a halt before Christmas with Warrington Borough Council refusing to grant a traffic order for the work to go ahead unless Peel pays for the mitigation.

Without the order, the work cannot be carried out.

In a letter seen by the Guardian, it says “The primary reason why we cannot give this approval is your continued refusal to underwrite the costs of the required mitigation, which we believe is essential to be in place if the bridge is to be completely closed to all pedestrians, cyclists, bus services and general traffic to allow the bridge to remain in the ‘open’ position to allow vessels to pass throughout the works which are estimated to last for up to nine months.

“As discussed in the meeting we can understand that given your commercial considerations, why the bridge cannot be available throughout that period, but in that circumstance it is our strong view that there has to be mitigation in place for the severe impacts which will be felt , particularly for pedestrians, cyclists and bus passengers and for children traveling to local schools alongside the disruption to general traffic movements.

“If it were possible for the bridge to be open to these movements for at least part of the duration of the works then there may not be the same need for the level of mitigation discussed but you have made it clear throughout our discussions that this is not an option you are willing to pursue for the aforementioned reasons.

“The mitigation referred to above has been consistently raised in the discussions we have held in the numerous planning group meetings which have taken place during 2022. The scale of disruption these works would cause with the bridge being completely unavailable to all users for up to nine months is considerable and would necessitate the mitigation measures we have discussed in those meetings

“We believe the responsibility for underwriting these costs falls to Peel Ports as the owner of the bridge and indeed that this responsibility would also extend to any claims for compensation from local businesses should they materialise.”

It was announced last March that a £6million deal had been agreed to repair the bridge which has been the source of complaints from residents and councillors.

However many people have questioned how the town’s already struggling road network could cope with the closure.

No. 22 New Mexico takes an unbeaten mark to Fresno State