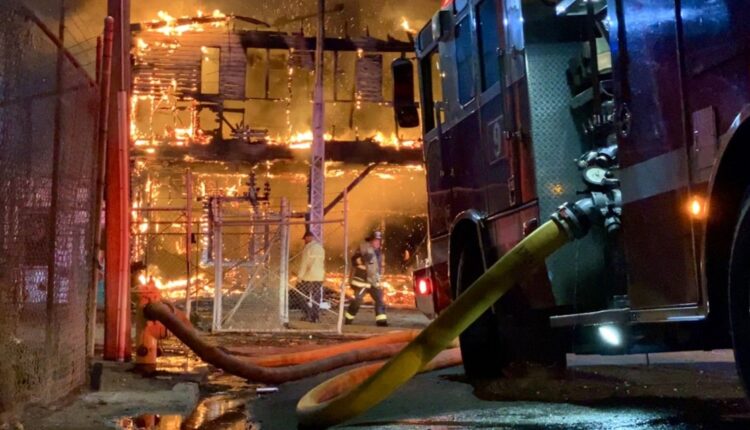 A city council subcommittee is looking at potential a “vacant property ordinance.”

STOCKTON, Calif. — One by one, historic buildings in Stockton are burning to the ground, and for those wanting to preserve the Port City’s history, it’s devastating to see happen.

Built in 1917 by Stockton inventor and businessman Benjamin Holt, the firehouse burned to the ground last year.

“Plans of restoring it was there. We never wanted to break it down or anything,” McDaniel said.

As recently as Oct. 18, the historic Colberg Boat Works building, which opened in the 1890’s and built nautical craft for World War II, was destroyed by fire.

On May 3, after multiple fires, the Stanislaus Apartments went up in flames again and eventually collapsed on itself.

It’s believed many of the historic building fires in the city were started by someone homeless, however no one from the city fire department was available to provide more detail.

Now, a Stockton City Council subcommittee is looking into a proposed “vacant property ordinance” that would hold commercial property owners, many absentee who live out of town, more accountable.

“It would be a requirement on the property owner to keep buildings secured. When it comes to our residential vacant property ordinance, the building has to be posted with information about a local contact person who can be responsible for that building,” said City of Stockton spokesperson Connie Cochran.

The ordinance could also require an owner to have plans for their property in the future. It’s something the Downtown Stockton Alliance that partners with almost 1,000 property owners and downtown businesses would like to see happen.

The city council subcommittee is also looking at vacant building ordinances in other cities to see if they can also be implemented in Stockton.

It may be next month before an ordinance can formally be presented before the full city council.

A guide to Sacramento area school board candidates, from learning loss to racial equity