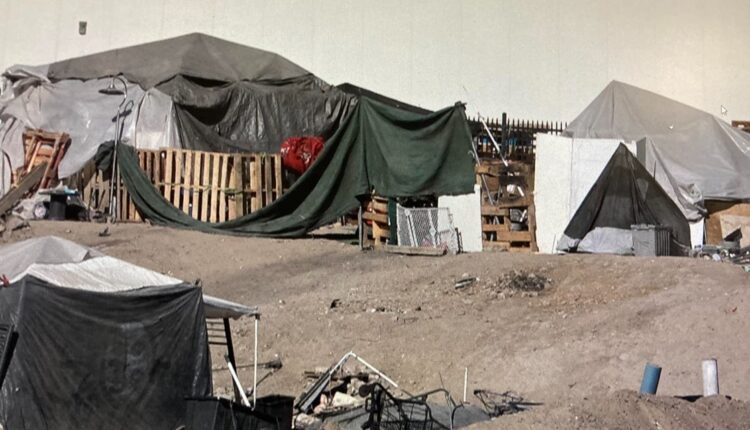 STOCKTON, Calif. — The City of Stockton is adding more teeth to an already existing ordinance meant to keep people from camping near buildings, parks and more.

The municipal code “relating to protection of critical infrastructure and wildfire risk areas” in the city went into effect today.

Essentially, it specifically names where homeless people or anyone else are not allowed to camp. It includes waterways, public and private buildings, sloughs, rivers, sidewalks, as well as police and fire stations and other locations.

People also must stay 30 feet away from critical infrastructure.

In addition, the city now has the authority to remove someone within 24 hours as opposed to the previous 72 hours notice.

“Clearly, there is an impact on the infrastructure, particularly when people are bringing implements for camping like warming fires and such,” said city spokesperson Connie Cochran.

The city’s fire department has responded over the years to a number of building or pallet fires suspected to be started by someone homeless. There are close to 900 homeless people in Stockton, according to this year’s San Joaquin County Point-In-Time count done in January.

40-year-old Derrick Small has been homeless for a year and a half. He says a lost of job and a divorce left him with nowhere to go. He lives from place to place around the city and says homeless are people too.

“There should be a program on every corner trying to help these people, welcoming these people in and building them back up,” said Small.

The Downtown Stockton Alliance, which advocates for property owners and downtown businesses, believes the city needs a one stop navigation center to get the homeless off the streets.

“You give people resources and wrap around services on site, and other cities are starting to develop theirs,” said Downtown Stockton Alliance Executive Director Michael Huber.

“I think we can all agree that we want to make sure that things that are vital to our community are protected,” said Mendelson.

He also says the real issue is what homeless people need most.

“Affordability of housing and really the access to opportunity for that housing, whether that be through employment income or just other opportunity of housing that is affordable to a wide variety of income levels,” added Mendelson.

To help with the homeless crisis, the city also announced today a new “mobile crisis intervention response pilot project” that will launch next month.

In conjunction with Community Medical Centers, a mobile care unit will respond to people on the streets needing immediate mental health attention rather than police handling the calls.

The unit plans to operate first in the downtown area with later plans for expansion to other parts of the city.