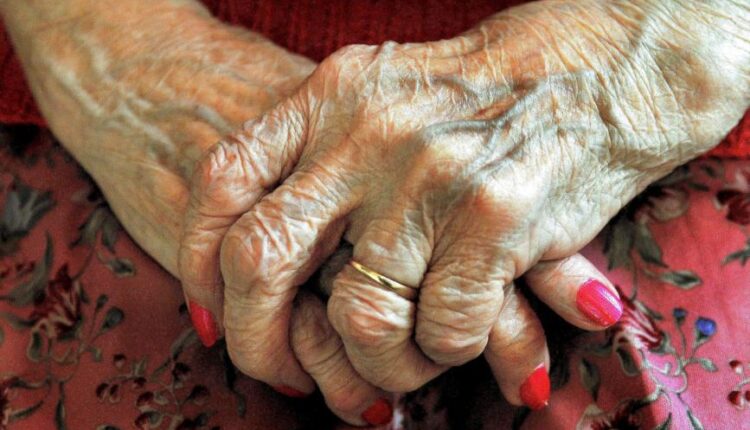 A former RAF serviceman who attacked his 93-year-old mother after rowing about what to watch on TV has walked free from court.

Stephen Alderson left his mother’s leg pouring with blood after he kicked her when he returned to his home after he had been out for a few drinks.

The judge heard how his mother had lived with the defendant since he was discharged from the RAF due to a medical condition.

Tabitha Buck, prosecuting, said the attack happened after they had rowed about what to watch on television before Alderson stormed out of their Stockton home calling her ‘an arsehole’ and ‘a slut’.

On his return home, the court heard how the row continued before his behavior became more violent.

Miss Buck added: “She described him getting madder and madder and he banged on the wall about three times – she thought that if he had hit her like that it would have killed her and she was incredibly frightened.

“He was still getting mad and the defendant went for her, grabbing her by the arms – she was drinking a cup of tea at the time – and she tried to push him away.

“He turned around and he went for her again and he kicked her on the right leg, leaving her frightened because there was blood all over.”

John Nixon, in mitigation, said his client’s mental health had always been poor and it was associated with his service in the RAF.

He added: “He has cared for her for 25 years, since leaving the air force and continues to care for her up to today. The events that day were completely out of character.

“He says his mental health at that stage was very poor due to them both being confined their home during the Covid epidemic.”

Judge Timothy Stead sentenced Alderson to an 18-month community order, including 30 rehabilitation activity requirement days and to carry out 80 hours of unpaid work.

He added: “I have understood the difficult circumstances that this highly regrettable conduct arose. I don’t think it will be repeated.”