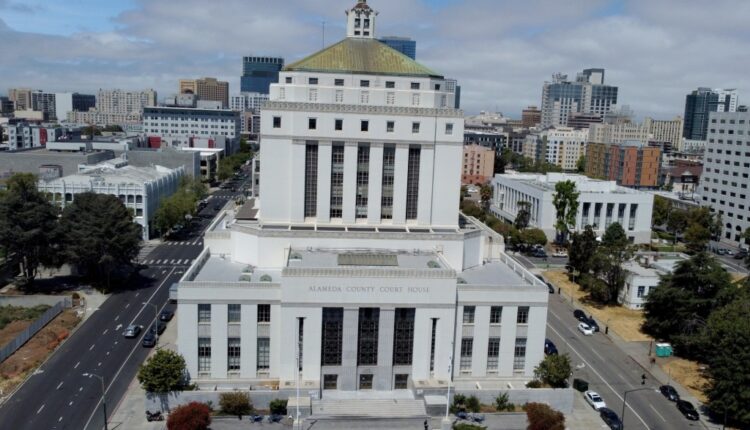 OAKLAND — Despite a defense attorney insisting he was a “peacemaker” and family protector, a Stockton man has been ordered to stand trial on charges of murdering his sister’s boyfriend and shooting a family dog ​​during a heated confrontation outside of an Oakland residence, court records show.

Sammie Brown, 29, was ordered to stand trial on charges of murdering Karongie Louis Bell, 23, of Sacramento, and shooting a pit bull named Precious during an Aug. 27, 2020 incident outside a home on the 1100 block of 76th Avenue. Authorities allege Brown fired several shots at Bell, who had challenged Brown to a fistfight moments earlier.

“The video clearly shows that the victim in the case pulls his shirt off in the street, which is an indication somebody wants to fist fight, and he’s shot in an almost point-blank range repeatedly,” Judge Kimberly Colwell said at the August preliminary hearing where she held Brown to answer on the charges.

The preliminary hearing, where prosecutors called neighbors, members of Bell’s family, and police investigators to testify, revealed that the shooting was captured by another resident’s home security camera and that Brown later claimed the shooting was self-defense. The resident who owned the camera tested he watched the shooting through a live streamed video after hearing a commotion outside.

Family of Bell’s girlfriend, and police, tested that Bell’s girlfriend accused Bell of assaulting her and that she called Brown, her brother, while he was in Fremont. Brown later told police he came to Bell’s family’s home to get his sister into his car and leave. He Bell claimed had a pistol with an extended magazine, which none of the other eyewitnesses mentioned seeing, according to the testimony.

The eyewitnesses, including a neighbor, testified that Bell and Brown were standing a few feet apart, screaming at each other, when Bell took off his shirt and challenged Brown to a fight. That’s when Brown allegedly pulled a gun and fired. A police investigator tested another family member told authorities Brown fired the gun at him several times, but it malfunctioned or was out of ammunition.

In his police interview, Brown claimed the shooting of the dog was an accident, authorities tested.

Brown’s attorney, Deputy Public Defender Daniel Duvernay, called the shooting of a manslaughter, not murder, and said Brown went there to be a “peacemaker” until the situation went awry. He argued the shooting was “precipitated by the passion and the emotion of Mr. Bell’s assault of (his girlfriend),” and that Brown “made multiple efforts to leave, to disengage this incredibly passionate situation.”

“It’s my belief — and I believe the evidence shows — that in this matter, Mr. Brown was by far the aggressor in this action,” Kiriu said.

Brown remains in Santa Rita Jail in Dublin on a no-bail hold. No trial date is set. He is next due in court Dec. 15, records show. He pleaded not guilty to all counts in September.