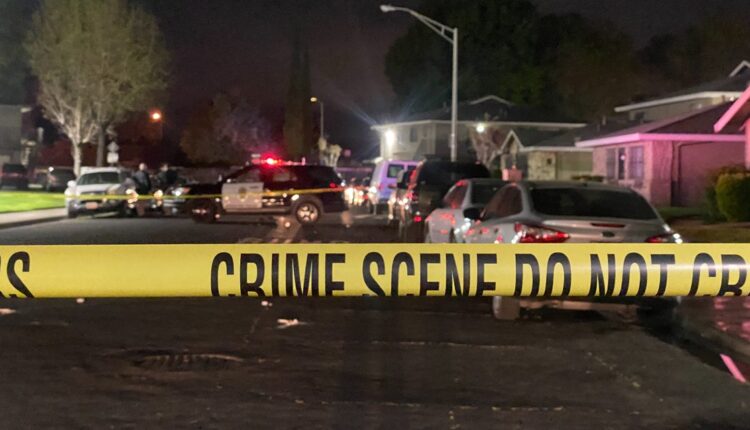 Police have not confirmed the teen’s relation to the gunshots heard by officers prompting them to open fire.

Two uniformed officers were working a disturbance call in the 500 block of Bianchi Road around 10:30 pm March 12 when they reportedly heard multiple gunshots, Stockton Police said in a video statement released by the department.

Officers believed the gunshots came from someone inside of or near a black Chrysler, according to the video. After hearing the gunshots, both officers can be seen in bodycam videos returning fire.

The officer then walks downstairs from the second story of an apartment complex where he was standing to advise the residents on the ground to “get inside of the house” and “get down.”

The bodycam videos do not clearly show where the black sedan travels immediately after officers open fire although 26 seconds after gunfire stops, the sedan can be seen going northbound on Calandria Street back towards Bianchi Road.

The briefing portion of the video claims that the Chrysler, which the officers say they were shooting towards, drove off.

Partly blurred video from the bodycam of a responding officer who arrived two minutes after the gunshots stopped shows a person on the ground in front of the apartment complex where the officers were located, surrounded by a small group of four uniformed officers.

In the video, police identify the person laying on the ground as the person who was shot by office, identified by name in the video as 19-year-old Sam Barlow.

Police say Barlow was taken to an area hospital in critical but stable condition. A forensic examination of the bullet removed from Barlow’s body at the hospital found that it was fired by one of the police officers, according to police.

Barlow was later released from the hospital and the black Chrysler was found unoccupied three blocks away from the scene, according to police.

Officials say a loaded rifle was found inside of the Chrysler, which was later confirmed to be Barlow’s. A loaded gun magazine was also reportedly found on Barlow.

Police have also not confirmed how many gunshots were fired by officers saying that the investigation is still active.

The Stockton Police Department, San Joaquin County District Attorney’s Office, and the California Department of Justice are involved in the investigation.

‘An Arm and a Leg’: Private Equity Is Everywhere in Health Care. Really.