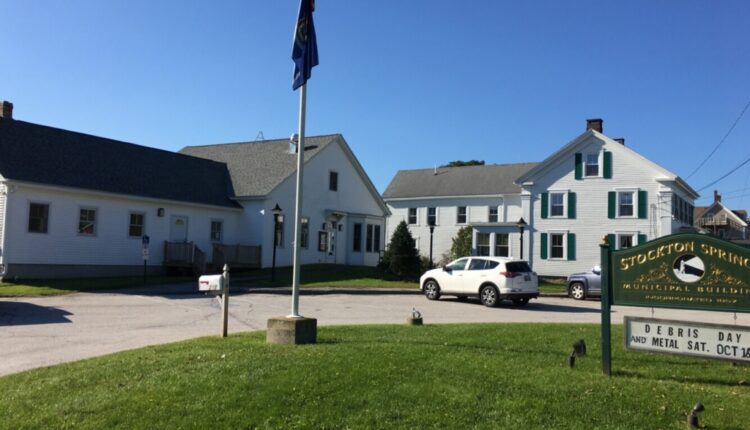 STOCKTON SPRINGS — The Select Board turned down another Searsport offer to join its wastewater system during a Nov. 14 meeting.

Board members felt townspeople would not pass a bond for the funding needed to build wastewater infrastructure in town, especially when members are anticipating a possible bond for broadband services, Town Manager Mac Smith said in an email to The Republican Journal.

The Select Board received four emails about the offer. One was from a person who supported building out wastewater infrastructure, while the other three were opposed to the Searsport offer, he said.

In 2009 Stockton Springs looked into building wastewater infrastructure around Cape Jellison, the inland side of town and Sandy Point Village. The estimated cost would have been $20.5 million, according to town documents.

Searsport Town Manager James Gilway thought the two towns could apply for building grants together so Searsport could expand its wastewater infrastructure along Route 1 and continue to run the lines into Stockton Springs, he said in a previous interview with The Republican Journal.

But Smith does not think any grants the towns could get would cover the entire cost of the project. And any grants they might receive could require extra people to fulfill possible obligations required of the grants.

Wastewater infrastructure could help people with smaller lots in more congested areas of town, he said. The state requires a 100-foot setback between a septic system and a well, and that limits what some people can do on smaller lots. It would also allow some residents with failed septic systems to hook onto the town system, which would be cheaper than putting in a whole new septic system.

Though board members declined the offer, Gilway left the option open for Stockton Springs to join the Searsport wastewater system, Smith said in his email. Smith said if the town wants to explore wastewater options in the future, then it might take Searsport up on its offer.