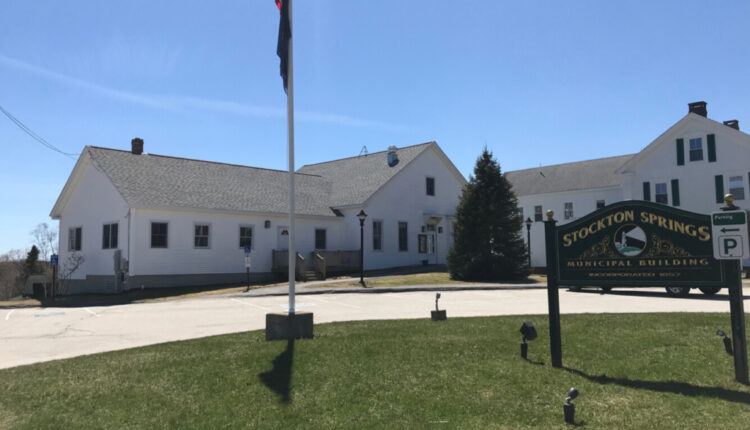 STOCKTON SPRINGS — Over a dozen residents on both sides of the town’s short-term rental dispute gathered at the Town Office Oct. 24 to discuss concerns and how they think the town should move forward.

The Select Board discussed short-term rentals last year and their perceived effect on affordable housing but decided not to do anything about the issue, instead waiting until this fall to reassess the situation, Town Manager Mac Smith said at the meeting.

At times, the discussion drifted into affordable housing issues. Some people thought the town should amend some of its property ordinances to accommodate more housing.

The need for housing is tied to seasonal work in the area, resident Maura Gammans said. Because there are people who only live in town in the summertime, then move on in the winter, she said, short-term rentals are one of the “key employers” in town.

During the pandemic, people were coming into town buying properties and many were not turning them into short-term rental properties, resident Carol Colley said. They brought in their “foreign state income” that helped the community, she said.

“They brought their money in, they developed the house, they made it beautiful and it’s all to benefit Stockton Springs,” she said. “The way it looks, the money that they brought in, the tax base, and they’re all properties that are on the ocean.”

Resident Linda Benjamin connected short-term rentals to affordable housing because people bought houses that would have been affordable to families, and turned them into Airbnb rentals, she said.

“So, to be able to divide it completely, I’m not sure you can,” she said. “I hope you can because we’d love to see affordable housing and have families moving in. That’s what we want to see.”

Bradley said when she first moved to town people described Stockton Springs as a retirement community and that families were not moving there. That issue predates the pandemic.

His comment drew verbal responses from people at the meeting. Board member Damon Shute said the Select Board has to help and protect everybody. “That’s their living, a lot of these people, and they do want to be able to continue to do that, but we don’t want it to affect you folks,” he said.

One resident said those with short-term rental properties at the meeting were not just there to protect their interests because any new ordinance would have little impact on their existing operations.

Stephen said the town has not addressed any issues regarding short-term rentals for 2 1/2 years. “I agree, maybe we shouldn’t talk about short-term rentals anymore if we’re not going to really do anything about it,” he said. The comment drew responses from several other residents who agreed.

There is not much the town can do about affordable housing because it is driven by the pandemic, the economy and several other factors which makes it difficult for town officials to address, Shute said. “You can’t fix that, that’s huge,” he said.

Property owner Jane Rago has been coming to Stockton Springs since she was 5 on summer vacations, she said. She grew up loving the town and spends five months a year there. They only rent their property for eight weeks per year to help fund their family’s eventual full-time move to the town.

“This is one way that helps move the clock closer to us being able to do that,” she said. “So I want to be sure that it’s not just this monolith, like you’re out-of-town investors or you live here full time. Some of us are a little bit of both.”

One resident said the town already has ordinances restricting short-term rentals in residential zones and cautioned the town to be aware of issues short-term rentals have caused across the country. “There’s no reason to think that the problems that happen in Savannah, Georgia, or Boston, Massachusetts, or Iowa are going to be any different than the problems that happen … in Stockton Springs,” he said.

George Skala said an Airbnb could be somebody’s first experience in Maine. Short-term rental owners “have a lot to lose,” he said, and their discretion should be trusted.

She suggested the town consider changes to lot size limitations in certain zones. Many families could use more leeway to place a second residential structure for aging family members or young adult children. They could also be used for short-term rentals to assist families financially when not occupied by other family members.

Holly Beal said she has complaints about long-term renters on a property near hers, which is operated by an out-of-state management group, noting that many of the same issues are present with long-term rentals.

Town officials should continue to monitor the situation and in time construct a “simple” ordinance with “simple” regulations over areas of the town where short-term rentals are present that allows current short-term rental owners to continue operations, Shute said.

The town’s short-term rental registry is voluntary and there is no intention of creating an ordinance or taking further action at this time, Smith said in email to The Republican Journal after the meeting. Town officials will continue to monitor the short-term rental situation and look at affordable housing as a separate issue.

For Idaho, a win at Sacramento State means everything | Sports