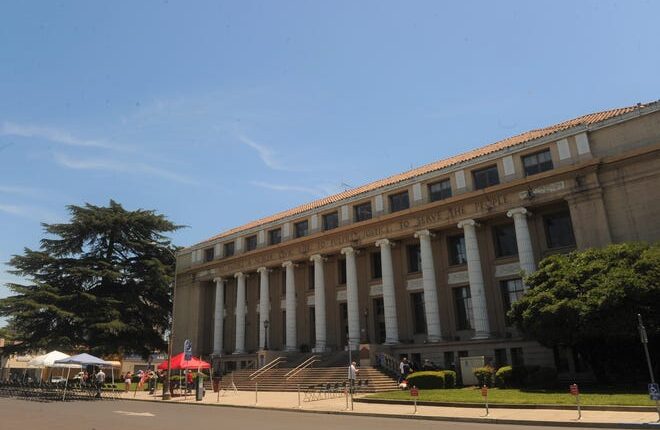 Stockton will file to annex a swath of county land south of the city’s limits for a to be determined industrial development; residents and the developer disagreed on the project’s value to the community.

The deal is between the city and Greenlaw Partners, LLC, a development firm tied to one of Stockton’s wealthiest lineages, the Grupe family. Greenlaw has plans to build up to seven, 100-foot-tall warehouses totaling 3.6 million square-feet of floor space on 203 acres east of Highway 99 and south of Mariposa Road.

Some neighbors have complained that if built, the tall warehouses could block out the morning sun.

The project is anticipated to be a $6 million payday for the city from one-time development fees, according to city documents. City staff expect “no direct taxable sales activity and no sales tax revenue” from the project, documents show.

The impacts identified even prompted the Sierra Club and the California Attorney General’s Office to get involved in 2021. Now the developer is required to have a fully electric vehicle fleet on site and power their operation with solar.

“There are some impacts related to greenhouse gas, air quality and traffic,” Mike McDowell, the city’s deputy director of community development said at the Dec. 6 Stockton City Council meeting. “There are impacts that are remaining, even after applying these measures.”

Almost everyone, or about 95% of the 172 people surveyed in the adjacent unincorporated community, said they did not want to be annexed into the city with the industrial development in 2021. The land is already zoned industrial and there are other warehouses in the area .

Roberto Contreras moved his family to a fixer-upper on Marfagoa Road — adjacent to the project site — because of the country setting. The family could raise chickens and small farm animals and feel as if they were living in the country.

“I’m glad we did, my grandson is going to grow up in that environment,” Contreras said. “But I feel like now that has been threatened by this big old industrial compound that’s going to be built right next to our house … this is going to be creating a lot of pollution, creating big problems for us because we depend on the water coming out of the ground.”

The Sierra Club settlement included Greenlaw providing $200,000 to a nonprofit to reduce the neighboring disadvantaged community’s exposure to emissions and noise pollution. The south Stockton area already has some of the worst air quality in the nation.

Councilmember Christina Fugazi cast the lone dissenting vote against the project at the Dec. 6 meetings.

“I feel like they sold out that community for chump change, $200,000,” Fugazi said. “As a teacher, I have no less than a dozen students that live in that neighborhood and their families. And they don’t want this.”

The project will bring temporary construction work to the region — 50-some local union construction workers tired of commuting over the Altamont came to the Dec. 6 council meeting to support the Greenlaw project — but bringing long-term, good jobs remains in question.

The project’s environmental impact report states the developer plans to build “high-cube” warehouses, which use automated storage and retrieval systems rather than traditional manual labor.

“The developer has made it clear they will not do a local hire procurement agreement,” Jonathan Pruitt, program manager at California Environmental Justice Alliance said. “Why couldn’t there be a scholarship or career path programming integrated into this to ensure our people are trained into this new economy for automation?”

Will Smith, a fifth generation Stocktonian and CEO of Greenlaw, spoke to the council about adding 6,000 permanent jobs using a “1,500 jobs per million square feet” metric. A city staff report shows the project capable of adding roughly 3,000 jobs.

“I keep hearing folks say, ‘there’s no long-term jobs.’ That’s absolutely wrong. I don’t know who gave you that data, but I will be happy to meet with you to explain it to you,” Smith said at the Dec. 6 meetings. “Every company I’ve talked to that would have interest in this … wants to hire local people, they’re going to be vested in the community.”

The council’s decision to move the project forward allows annexation papers to be filed with the Local Agency Formation Commission (LAFCo) by the end of the year.

Gary and Marlene Peacock Expand Their Giving with a Generous $7 Million Planned Gift to California State University, Fresno (With Video)