SUSD safety plans dated or out of compliance, consultant says 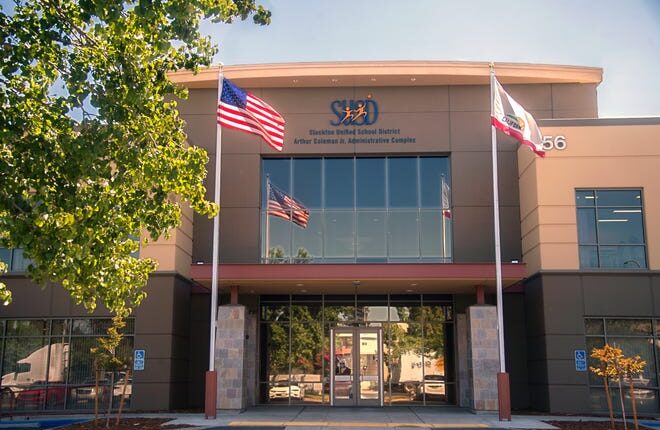 A recently hired consultant will tell Stockton Unified School District’s Board of Trustees at the July 26 meeting that their school site safety plans are outdated or out of compliance with state law, according to district documents. The school year starts at the end of the week.

The board of trustees approved an eight-month, $226,800 contract April 12 with Rockeye Consulting, LLC, to review and update comprehensive school safety plans, among other safety-related services, according to district documents. Six days later, 15-year-old Stagg High School freshman Alycia Reynaga was stabbed to death on campus by an intruder in front of classrooms full of students.

In response to Reynaga’s death, The Stockton Record made a California Public Records Act request May 10 for information directly related to school safety from Stockton Unified: the state-mandated Comprehensive School Safety Plan, the federal Readiness and Emergency Management for Schools program, the elimination of the district’s emergency services school safety program coordinator last year and the Share911 alert system at Stagg High School.

It took the district more than two months and several missed deadlines to provide any of the documents requested. Stockton Unified Director of Communications and Media Relations Melinda Meza said the person responsible for fulfilling public records requests, Director of Constituent Services Enrique Torres, had grown ill and resigned. Some of the school safety information requested by The Record still has not been received from Stockton Unified.

A February 2022 memo from State Superintendent Tony Thurmond stated all California public school districts must have their Comprehensive School Safety Plans updated and adopted by March 1. The California Department of Education says the plans must be reviewed by the district. While the state says there is no timeline for boards to approve school safety plans, the record found no evidence that any have been reviewed by the district and requested documentation.

Meza said on July 13 said there has not been a practice of taking safety plans for board approval at the school district.

Rockeye’s three phase plan through December 2022 with Stockton Unified includes completing Comprehensive School Safety Plans for school sites to follow Senate Bill 187 and taking the plans to the board for approval.

On April 27, 2021, the district’s emergency services/school safety program coordinator position was eliminated along with about 70 other positions because of lack of funds or work. The position was responsible for conducting safety drills, education and overseeing the district’s school safety plans to be in compliance with the law, according to the job description provided July 13 by Stockton Unified.

Marcus Omlin had served as Stockton Unified’s emergency services/school safety program coordinator since 2013 before he was laid off in April 2021.

“I reported quarterly, at the end of the year report with all my training. I would check in weekly with a whole itinerary typed up. Total accountability, always,” Omlin said during an interview. “That all went away. Safety just wasn’t important.”

When Omlin’s job was eliminated last year, he said he asked Ramirez to meet and go over the transfer of job duties, materials and expectations. He said Ramirez did not meet with him, and there was no formal handoff. Meza was unaware of who had assumed the responsibilities of the emergency services/school safety program coordinator after Omlin had been laid off.

As a part of a May 10 California Public Records Act, The Record requested any emails related to the elimination of Omlin’s position. Stockton Unified has not provided any emails.

The district is seeking to bring back the emergency services/school safety program coordinator position, according to the July 26 board meeting agenda.

Stockton Unified has received at least one notice of anticipated litigation stemming from Reynaga’s death. Chesnoff & Schonfield notified Stockton Unified on April 22 that the Las Vegas law firm represented the Reynaga family, and gave the school district notice to “take any and all measures to preserve, secure and protect from spoliation any and all documents, information, electronically stored Evidence, surveillance video and audio, as well as any text messages, emails, instant messages, social media, documents or letters relating in any way to the stabbing and murder of Alycia Reynaga at Stagg High School.”