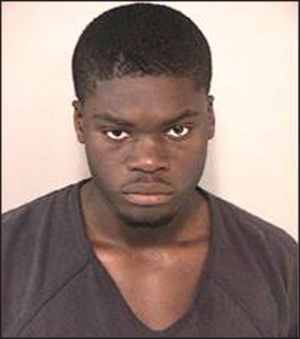 During a press conference a week ago on Wednesday, Sheriff Eric Fagan and Captain Dalia Simons with the Sheriff’s Office Criminal Investigations Division announced that the alleged sexual assault occurred this year on March 22.

“Sexual assault happens a lot across our country,” said Sheriff Fagan. “But this one was brazen.” It was in broad daylight in a walking trail and for people, it took away the safety feel of the neighborhood, he said.

Sheriff’s deputies responded to the 4000 block of W. Teal Run Estates at 2:46 pm and made contact with a woman in her 40s who was in her neighborhood jogging on the track surrounding the retention pond behind the Estates of Teal Run Recreation Center. She told them she had been dragged to the ground and sexually assaulted by an unknown man. The investigative work of the sheriff’s deputies began immediately on the same day, they canvassed the area and worked around the clock.

Tristan, who was employed at a location near the scene of the assault, was arrested and charged with sexual assault last month on May 31. He turned himself in to the Sheriff’s Office on May 28, on open warrants for evading bond for feiture and criminal trespass . But before that, with the help of a Houston Police Department sketch artist, people in the area were asked for help in identifying the man who investigators say tried to change his appearance.

The arrested suspect is now in custody at the Fort Bend County Jail, where he remains on a $150,000 bond.