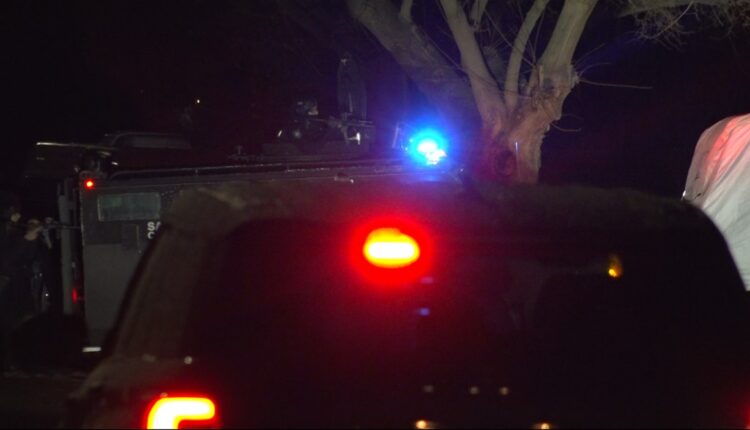 A 20-year-old man and a 17-year-old girl were arrested following the shooting, crash and standoff.

STOCKTON, Calif. — Two suspects in a road rage incident that led to shots fired, a crash and a multi-hour SWAT standoff that rocked Stockton’s quiet Lincoln Village neighborhood are now in custody.

On Friday, the San Joaquin County Sheriff’s Office released details about the incident that happened on Wednesday.

At 4:45 pm Wednesday, witnesses called law enforcement reporting hearing gunshots in the area of ​​Porter Way and Harrisburg Place, according to the Sheriff’s Office.

Around that same time, multiple 911 callers reported a vehicle accident nearby. Witnesses reportedly told dispatchers that a male and female were seen running from the crash scene.

Deputies who responded to the scene said they found two victims who reported being shot at by the male and female occupants of the crashed car. A loaded gun was recovered from the car and a 17-year-old girl was detained nearby.

As police were setting up a perimeter to try to find the additional male suspect, 911 callers reported seeing the man jumping fences and running through backyards.

Deputies said that eventually, one 911 caller reportedly told a dispatcher that he thought someone had climbed through an open laundry room window.

The two juveniles who were inside that home on Rutledge Way were able to evacuate, deputies said. A SWAT team and hostage negotiators responded to the home and reportedly made multiple announcements over a public address system to no response.

The suspect who had allegedly barricaded himself inside the home did not respond to attempts at communication, deputies said.

Members of the Sheriff’s Office’s SWAT team found the suspect in the laundry room and took him into custody peacefully around 9:40 pm Wednesday.

The suspect, later identified as Anthony Hernandez, 20, of Stockton, was injured in the initial crash and taken to a hospital for treatment.

In a Facebook post, the Sheriff’s Office said the victims identified the 20-year-old and 17-year-old as the only suspects in the case. The victims were not injured but sustained damage to their cars.

Hernandez was booked into San Joaquin County Jail on suspicion of attempted murder, firing a firearm, assault with a firearm on a person, shooting at an inhabited dwelling, possession of a controlled substance while armed and carrying a loaded handgun not registered to the owner.

He is expected to appear in court in Stockton at 1:30 pm Friday.

The teenage suspect was booked into the Juvenile Justice Center on suspicion of resisting arrest and firearms charges.

How the Sacramento Kings help businesses in DOCO