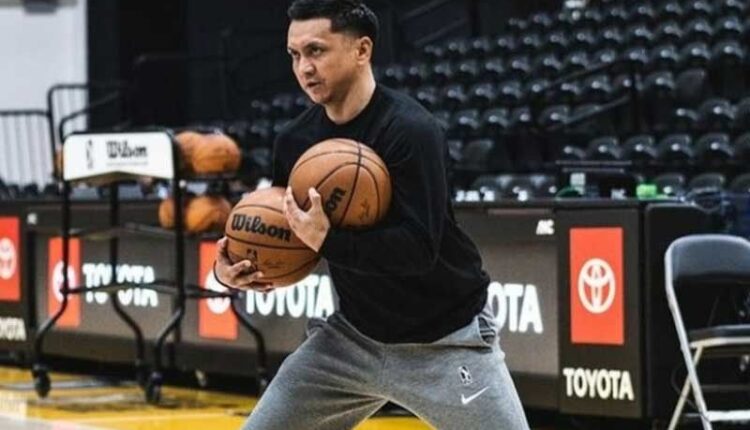 MANILA, Philippines — Former PBA and Gilas veteran and now assistant coach for the Stockton Kings Jimmy Alapag recently shared what he would advise his younger self on an episode of the Sacramento Kings’ Beyond The Paint.

The episode, which featured Alapag for his Filipino heritage in light of Asian American and Pacific Islander Heritage Month last May, focused on the experience of being game changers in their respective fields as AAPIs.

Alapag, who had shared his perspective as a Filipino-American coach wanting to make it into the NBA, culminated with a retrospect into his life and what he would say to the Jimmy Alapag who was just starting out his journey.

“For me, I always go back to that young kid, to that freshman in high school and look at all the challenges I’ve had as a 14, 15 kid to now being 44 and an assistant in the NBA G League. I would just encourage my younger self to keep going, not get discouraged,” Alapag said.

“I think, you know, when you’re younger, there’s so many things happening in life when you’re in high school that different challenges, whether it’s sports-related or just you know, out of the classroom-related. But I would just remind my younger self to keep going, surround yourself with great people and you know, whatever it is that you love and you’re passionate about, you know, stay with it,” he added.

One of the challenges Alapag had was struggling to find his place in his high school basketball team, where as a scrawny 4’9″ kid, he wasn’t the most head-turning prospect.

But, after a hurdling period where he almost quit basketball, Alapag was able to continue chasing his dream and reached multiple peaks in pro and international basketball in the PBA and with his stint with Gilas.

Alapag settled on preaching motivation and persistence especially when someone has their heart set out on what they want to achieve.

“Don’t ever feel bad when you fall or you fail, pick yourself back up, use those great people around you to help you get through those moments and again, for something that you love and you’re passionate about, you’ll find a way to keep going,” he said.

Alapag, 44, just finished his first year as an assistant coach with Stockton in the NBA G League.

The six-time PBA champion is hoping to make it into the ranks of an NBA coaching staff after rising through the NBA Summer League and the G League.