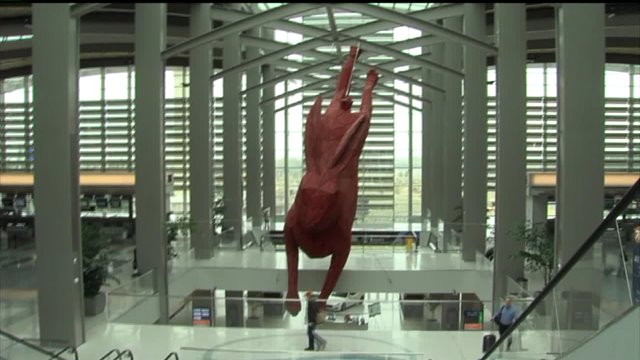 SACRAMENTO, Calif. (KTXL) — The Sacramento International Airport, also known as SMF because of its IATA code, serves the Sacramento Metropolitan Area and is the gateway to California’s capital city and other parts of the region.

The airport is actually located in neighboring Yolo County, a little more than ten miles from downtown Sacramento along Interstate 5.

The airport has two terminals with multiple airlines in each one. Here is a guide to the airport, each of its terminals and the various dining and shopping services.

The airlines in Terminal A include Air Canada, American, Delta, and United. This terminal has 13 gates for the four airlines.

Before travelers go through security, there are two dining options: Illy Coffee Kiosk and Starbucks.

After passing through security, there are more options:

The terminal has two kiosks for mobile accessories and a kiosk for cosmetics and makeup.

Other shopping services inside the terminal are InMotion Entertainment, PopSox, The Well, and Travel+Well.

Terminal B has more airlines than Terminal A and the airlines that fly out of there are Aeromexico, Alaska, Boutique, Contour, Frontier, Hawaiian, Horizon, Jet Blue, Southwest Spirt, and Sun Country.

With more airlines in this terminal, there is also an increase in the number of gates, with the total being 19.

Before travelers go through security, they have three options for coffee: two Illy Coffee kiosks and Chocolate Fish Coffee Roasters.

After passing through security, the dining options are:

Before going through security, travelers have three shopping options: Clean & Safe Travel Kiosk, Farm to Fork to Sky Market, and the Gallery at SMF.

Once past the security check, there are multiple kiosks. There are two Lego kiosks, three kiosks for mobile accessories, and a cosmetics kiosk with products from Kylie Jenner’s cosmetics line.

Other shopping options for travelers include the DOCO Market — which has a replica of the DOCO sign — Vino Volo and SacTown Magazine Market. Other options in Terminal B are named Brighton, InMotion Entertainment, No Boundaries and Travel+Well.

What is that pyramid-shaped building next to the Sacramento River?

Parking at the airport

Public parking rates at SMF are expected to increase at the beginning of 2023. It’ll be the first time rates have gone up since 2017.

On Oct. 25, the Sacramento County Board of Supervisors voted unanimously to approve a 5% increase per year over the next five years.

Before prices go up starting in 2023, here are the current parking rates at SMF.

When rates reach their final price increase, this is what they’re expected to cost: