Think this winter is wet in Modesto area? Here are some past events that may make you think twice 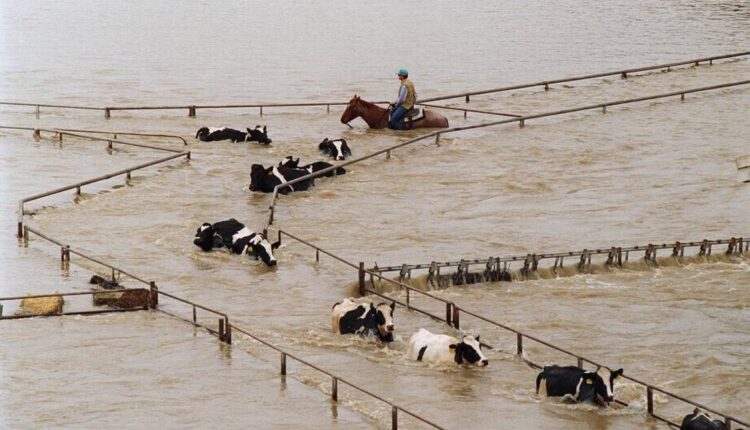 Stanislaus County is plenty wet these days, but it’s far from approaching memorable storms over the past 170 or so years.

The Central Valley had truly epic floods before dams and levees were built to control the flows. Even with those public works in place, the region experienced major flooding in 1997 and stress on the system in 2017.

The Sacramento Bee just published a story that explores the history as far back as 1839. It notes how settler John Sutter consulted with Maidu and Miwok people about where to build a fort. On a hill, they advised, because the Valley is prone to massive flooding from rain and Sierra Nevada snow melt.

Most of early Sacramento was nonetheless built in the danger zone and flooded twice in the early 1850s. Then came 1862, when an estimated 4,000 people were killed as relentless rain turned the valley into a 200-mile-long lake.

Modesto would not be founded until 1870, but flooding did contribute to the fading of nearby early settlements on the Tuolumne River.

Here are other notable weather numbers over the years, from the Modesto Irrigation District and California Department of Water Resources:

Sacramento is a great place to live, Forbes says