This Fresno CVS is closing for good: ‘I’m concerned’ 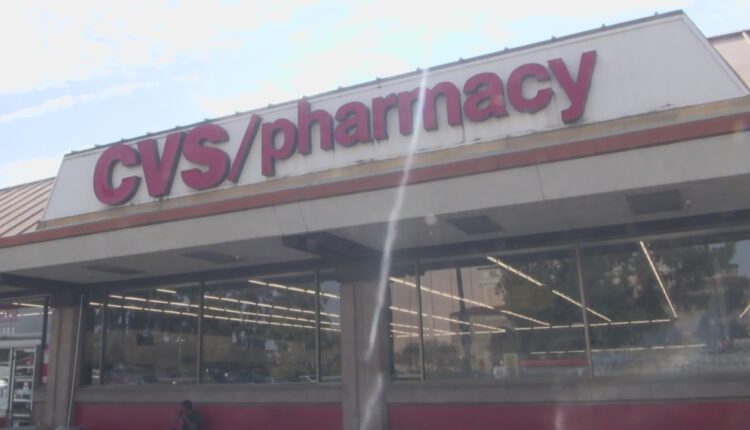 FRESNO, Calif. (KGPE/KSEE) – The CVS Pharmacy on Downtown Fresno’s Fulton Street will close its doors for the final time on Tuesday.

The building is owned by the cooperation, CVS Pharmacy, and it will likely stay empty until the company figures out what to do with it. In the meantime, customers and regulars have to find alternatives.

“I’ve been going here ever since I was a kid, for as long as I can remember,” said Keiunta Thrower standing outside the store’s entrance.

Customers were met with empty shelves and discount signs inside the store ahead of its permanent closure.

Cerbo has lived right down the street from the pharmacy for 33 years. It was part of his daily routine to go to the CVS.

“Every day, my medications are there. Buy laundry soap, TUMS, you name it,” he said.

In a statement sent to YourCentralValley.com, CVS Pharmacy wrote that officials made the difficult decision to close the pharmacy.

“All prescriptions were transferred to our CVS Pharmacy at 3011 E Shields Avenue to ensure that patients continue to have uninterrupted access to pharmacy care.”

The alternative CVS Pharmacy suggested by company officials is a four-mile walk from the Fulton Street location. A difficult journey for many – including Cerbo who no longer drives and relies on others to get around.

“A lot of time taken away from me doing my own thing, now I go to Fig Garden,” he said.

The lot is owned by CVS and they did not answer our question on what idea they had in mind for the building. However, people living in Downtown Fresno have some ideas.

“We don’t have a Walmart in West Fresno, so I mean it would be a good commodity,” said Thrower.

Employees inside the store were offered the chance to transfer to another CVS pharmacy or receive unemployment. Some employees have been working at the Fulton Street location for over 30 years.

The store closes for good at 10 pm on Tuesday.

I-80 closed by wildfire between Truckee, Sacramento