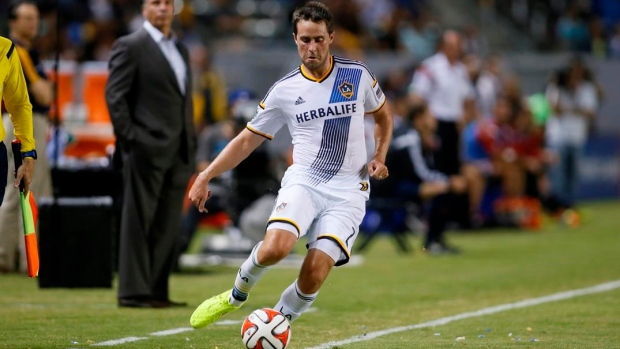 Todd Dunivant won the Lamar Hunt US Open Cup in 2005 as a member of the Los Angeles Galaxy. After a 17-year wait, the former Toronto FC defender has another crack at hoisting the historic trophy — this time as president and GM of second-tier Sacramento Republic FC.

The USL Championship side takes on Orlando City SC at the MLS team’s home stadium on Wednesday with the cup on the line. The game is already a sellout with 25,500 expected in attendance.

Sacramento kicked off its cup run on April 7, so the momentum has been growing all season.

“The interest, the excitement, the knowledge, the kind of fever pitch has been rising with every game,” Dunivant said in an interview.

The US Open Cup dates back to 1913 when it was known as the National Challenge Cup. The last non-MLS team to win the cup was the Rochester Rhinos, who beat the Colorado Rapids in 1999 with Canadians Pat Onstad and Mauro Biello in the lineup. The last non-MLS side to reach the championship game was the Charleston Battery, which lost to DC United in 2008 with Canadian Marco Reda in the lineup

The knockout competition is open to all affiliated amateur and pro teams in the US with the winner earning a berth in the Scotiabank CONCACAF Champions League.

Sacramento has already dispatched MLS opposition in the form of the San Jose Earthquakes, Los Angeles Galaxy and Sporting Kansas City in its Cinderella cup run.

Sacramento opened tournament play with a 6-0 win over the Portland Timbers under-23 squad before posting a 2-1 victory over Central Valley Fuego FC of the third-tier USL League One. It then dispatched Phoenix Rising FC of the USL League Championship 2-0, San Jose 2-0, the Galaxy 2-1 and Kansas City 5-4 in a penalty shootout after the semifinal finished knotted at 0-0.

Jamaican international forward Maalique Foster had earlier scored on a Panenka penalty, celebrating with a somersault and backflip.

“This is why this Cup is such a great competition,” said Peter Vermes, Sporting Kansas City’s manager and technical director.

All the more impressive is the fact that Sacramento overhauled its roster in the off-season, bringing in 16 new players.

Sacramento, the California capital, is known as the Indomitable City. In rebuilding the roster, the franchise wanted to live up to that name.

“We wanted to find players that represented that,” said Dunivant.

Sacramento will have plenty of motivation Wednesday, all the more after an abortive attempt to join Major League Soccer.

MLS announced in October 2019 that Sacramento would become the league’s 29th team, set to kick off in 2022 with plans for a US$300-million soccer-specific stadium on a 5.7-hectare site downtown. But in February 2021, the league said plans for Sacramento had been put on indefinite hold after then-Pittsburgh Penguins owner Ron Burkle, the primary investor of the proposed team, told MLS officials that he has decided “not to move forward with the acquisition of to MLS expansion team” due to the impact of the pandemic.

Dunivant, GM of the team since 2017, added the title of president a month later in March 2021.

He says the team has since moved on.

“We really worked hard this past off-season to sort of turn the page and focus on what we can control,” he said. “To a large extent, MLS is very much out of our control. The last ingredient needed there was always a billionaire investor and those are difficult to come by. So we will continue to have an open mind on it but also we know that the focus now needs to be on this club and this team.”

Sacramento is averaging close to 10,000 fans per game at the 11,500-capacity Heart Health Park. A new downtown 12,000-capacity stadium is in the works, one that can be expanded as needed.

“This Open Cup tournament has been a tremendous boost of confidence for everyone, realizing how important — even more so now than ever — that this team is to this city,” Dunivant said. “It is a great relationship between community and club.”

The 41-year-old Dunivant, who graduated from Stanford with a degree in economics, started his MLS career in 2003 with San Jose before moving to the Los Angeles Galaxy, New York Red Bulls (two stints) and Toronto, eventually returning to the Galaxy where he stayed until retiring in 2015.

The defender played in 298 regular-season and playoff games.

Dunivant, who won two caps for the US, joined Toronto in June 2007 in a trade that sent defender Kevin Goldthwaite to the Red Bulls. He went on to play 18 regular-season games that year for the expansion side.

He had his home debut for Toronto in a friendly against English Premier League side Aston Villa, scoring in a 4-2 loss. An ankle injury in restricted Dunivant, named TFC’s Humanitarian of the Year, to just nine games in 2008 and he was traded to the Galaxy in February 2009 exchange for allocation money.

“I loved my time in Canada,” Dunivant said.

There are other Canadian connections in the Sacramento setup. Danny Dichio, a former Toronto FC academy coach who scored TFC’s first MLS goal back in 2007, is an assistant head coach under Mark Briggs. Stephen Alli, Sacramento’s director of team operations and cognitive development, is a Toronto native.

Jeremy Hall, a former TFC player and academy coach who is now an assistant coach with Minnesota United’s Next Pro team, captained Sacramento after his playing days in Toronto.

Orlando is looking for its first trophy since entering MLS in 2015. Its roster includes Canadian international forward Tesho Akindele, who won the cup in 2016 with FC Dallas.

All four of Orlando’s tournament games have been at home. Sacramento also played on home turf apart from the quarterfinal win over the Galaxy.

Orlando had the weekend off to prepare for the final and last played Aug. 31 when it beat Seattle 3-2. No such luck for Sacramento, which lost 3-1 Saturday at East-leading Louisville City FC.

Briggs dug deep into his roster, starting just two players who were in the starting 11 against Sporting Kansas City in the cup semifinal while giving three academy products their debut in a game that was delayed for more than an hour after the start of the second half due to lightning.

Sacramento, which sits fourth in the USL Championship Western Conference at 12-7-7, has gone 4-3-1 since beating Kansas City on July 27.

The Sacramento team is owned by Kevin Nagle, who is flying out the club’s entire staff to Florida for the championship game.

This report by The Canadian Press was first published Sept. 5, 2022