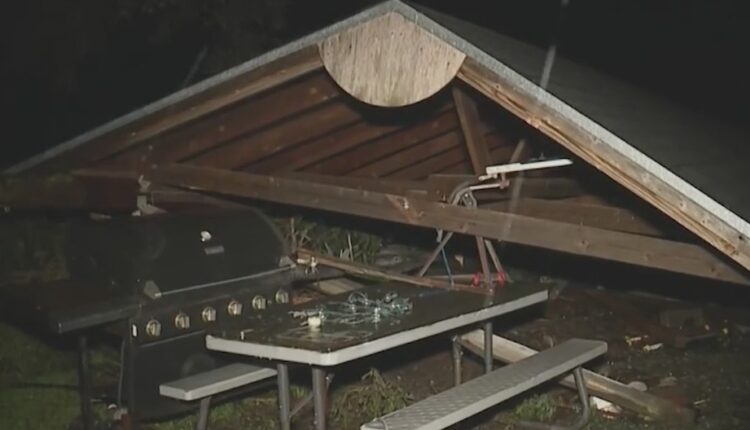 (KTXL) — On Saturday a weak tornado touched down briefly in southern Sacramento County, according to the National Weather Service.

The NWS said that preliminary information shows that the tornado was an EF-0 and touched down in Herald near Kirkwood Street.

Tornadoes are possible in California. Here is where they can form

The tornado was brief, continuing for about two minutes and traveling 0.3 miles, with a width of about 50 yards and had max winds of 80 miles per hour, the NWS said.

According to the NWS, the tornado caused damage to three homes in the area. The NWS said that there was roof damage and damage to two garages. An RV shelter and dog kennels were lifted into the area and they all sustained damage.

This is the second time in January that a tornado was confirmed to have touched down in Northern California.

On Wednesday, the NWS confirmed that an EF-1 tornado touched down about 6 miles northeast of the community of Milton, located about 32 miles east of Stockton, in Calaveras County.

The tornado touched down early in the morning and was also brief continuing for about two minutes as well. That tornado had traveled for about 0.4 miles and had max winds of 90 miles per hour, the NWS said.