Two homicides in one day, 9 in three weeks for Fresno 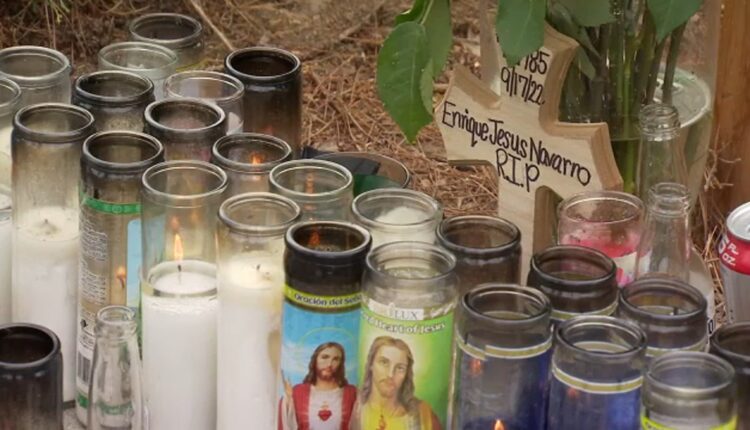 A deadly day has Fresno police stumped for the moment.

They’re now investigating two shooting deaths, less than 30 minutes apart early Saturday morning, and within three miles of each other.

A memorial marks the spot in southwest Fresno where police found Edgar Jesus Rodriguez-Arriaga dead from a gunshot wound at about 2 am Saturday.

Police say the 26-year-old had no criminal history and no known enemies.

“Mr. Arriaga was actually part of the homeless community and lived in that area,” said Lt. Paul Cervantes.

Not long after officers found Rodriguez-Arriaga, Shotspotter alerted them to another shooting about 2.6 miles away, by Hinton Park.

Neighbors tell us they heard the gunfire and then, maybe a clue for detectives.

“I heard like two cars slamming the doors and burning tires like they tried to get away,” said one neighbor who didn’t want to be identified for fear of retribution for speaking.

A second memorial marks the spot in her neighborhood where police found Enrique Navarro’s body.

Investigators say the 37-year-old was riding a bicycle and the Shotspotter alert indicated the shooter was also moving – either in a vehicle or on another bike.

Police are digging into whether the shootings are connected, but one detail indicates there were probably different shooters.

Police say they don’t know of anyone who witnessed either shooting, so they’ll rely heavily on surveillance video from the two areas.

Detectives tried to collect more video from nearby businesses Monday.

But even two days later, some of the neighbors told us they’re still shaken up.

“They scare me because I have kids and you never know sometimes,” said the woman who didn’t want to be identified. “They can have a drive-by shooting, because my kids like to play outside.”

Fresno police have now recorded 41 homicides in 2022 compared to 53 at this point last year.

But nine of this year’s 41 happened within the last three weeks, as of Saturday.