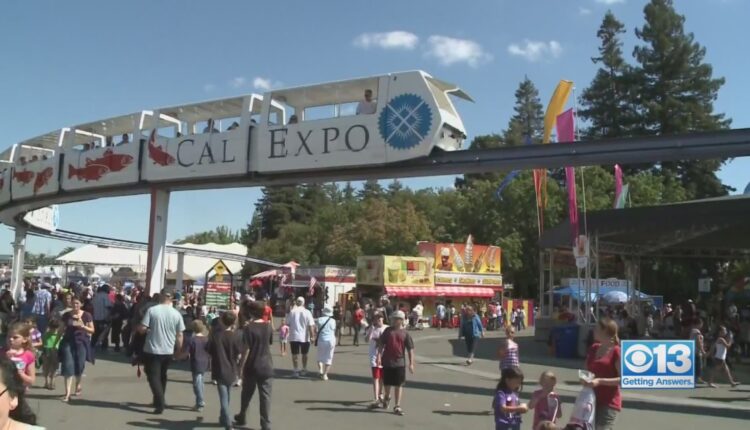 SACRAMENTO (CBS13) — The California State Fair is now just over one month away after being canceled the last two years due to COVID-19, and with youth violence on the rise across Sacramento, there are going to be some changes this year.

The state fair is a Sacramento summertime tradition for many kids, but Cal Expo has also seen problems in past years with youth involved in violent attacks, gang fights, and even shootings.

Now this year, not all teens will be welcome back.

Pickering said, for the first time, unaccompanied minors will not be allowed on certain nights.

“When you’re coming through the gate after six o’clock on Friday, Saturday, and Sunday evening, if you are a minor, there needs to be somebody 21 years old and up saying ‘I’m responsible for this group of kids ,’ ” he said.

So why is Cal Expo banning kids from coming in without an adult on weekend nights?

“Those are our largest days, our largest attendance and issues that we’ve had with certain young folks have been predominant in the evenings,” Pickering said.

Joshua Hamilton, 17, grew up going to the state fair and says he and his friends shouldn’t be banned just because some other teens have acted out.

“This is a ridiculous rule and I think that it shouldn’t be enforced,” said community activist Berry Accius.

Accius said he’s concerned teens will lose a safe spot to hang out this summer.

“I think an alternative could have been hiring youth advocates to be on the ground and enforcing and supporting law enforcement,” he said.

“If minors would like to come out without adult supervision, they can certainly do that Monday through Thursdays,” Pickering said.

Also new this year: people will only be allowed to bring clear bags into the fairgrounds. It’s additional security efforts trying to make the fair fun for all ages.

“So the safest place you can be in July is the California State Fair,” Pickering said.

The youth ban will not affect kids who care for livestock or work for fair vendors.

Some people in Modesto evacuated as deputies launch investigation