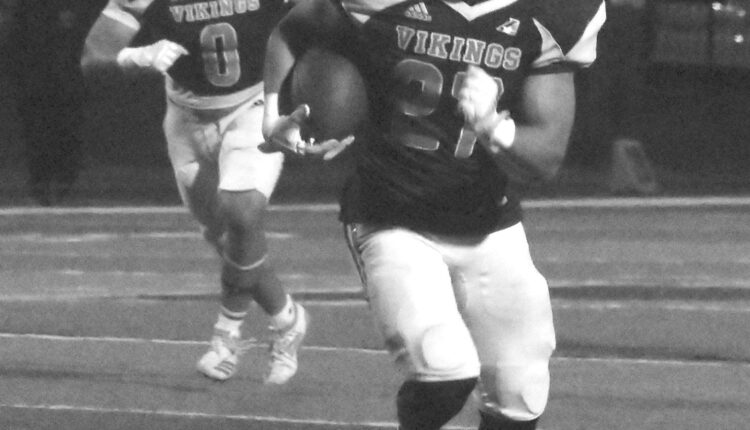 Culver-Stockton has beaten the Missouri Valley College each of the last two times the football teams have met on the gridiron. The Wildcats won 5228 on Gregg-Mitchell Field last year and 40-28 at home in 2019. The two teams did not play in 2020 due to COVID-19. The last win in the series for the Vikings was a 26-16 verdict in 2018.

Valley is coming off a thrilling 28-21 overtime win at home over the Graceland Yellowjackets and are 2-1, while the Wildcats, who were ranked in the preseason NAIA Top 20, have lost two of their first three, including a 26-0 setback at Evangel in Nixa this past Saturday. Valley head coach Paul Troth says the Vikings did just enough to get the win over the Yellowjackets.

“We tried to give it away. We made some mistakes that made the game really close, and we’d like to clean up some of those things,” Troth said. “But the kids kept playing hard, and we were able to pull it out, which is better than the alternative.” The Vikings won the turnover battle versus Graceland- getting four interceptions and one fumble recovery to giving up only a fumble and an interception.

“That had a huge implication in the outcome of the game,” Troth said. “If you turn the ball over a bunch, it’s hard to win.”

Despite the Wildcats’ woes at Evangel, which included turning over the ball 10 times- including throwing eight interceptions-Troth knows they will be a handful, especially playing at home.

“We’re going to have to play extremely well, especially there,” Troth said. “They’ve got a very good football team. They’re well coached and have good players.”

Health-wise, the Vikings are OK, according to Troth. However, they could be without 6-4 senior wide receiver Brian Smith, who made the two biggest plays on offense in the overtime when he pulled the ball away from defenders to get Valley to the GU 1 and then on a jump ball in the end zone for the game-deciding score. Troth said Smith has been limited in practice this week, nursing an injury he suffered in the second half versus the Yellowjackets.

“Everybody else is pretty healthy. It’s just the normal stuff this time of year,” he said.

Culver-Stockton opened the season with a 26-14 loss at nationally-ranked Baker and then outscored Mid-America Nazarene 44-29 in week two.

Defensively, Valley ranks fourth in points allowed at 19.3 and Culver ninth at 27. Valley’s defense, however, has surrendered more yards per game at 361.7 to 332.3 for the Wildcats. Troth says the Vikings have to keep CSC under control. “The big thing is, we’ve got to slow them down a little bit,” Troth said. “We’re going to have to find a way to move the ball and score some points. We’re moving the ball. We’ve got to put points on the board. So, that’s where our focus has been this week, ending drives with points on the board.” Kickoff is set for 6 pm Saturday at Ellison A. Poulton Stadium in Canton.

A Disability Program Promised to Lift People From Poverty. Instead, It Left Many Homeless.