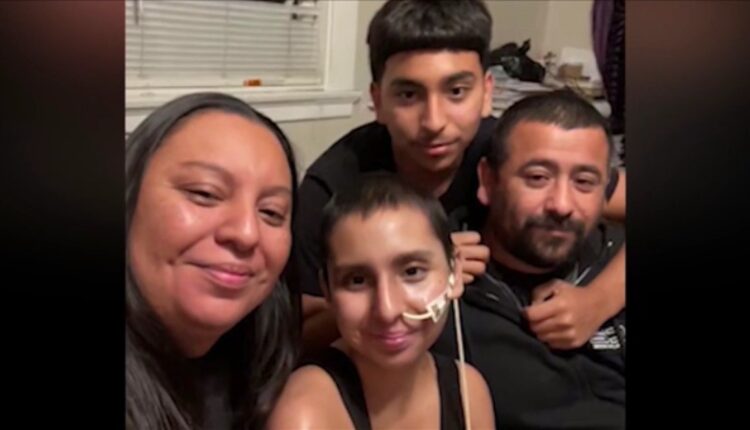 FRESNO, Calif. (KSEE) – Last month, a Fresno Uber driver struggling to pay for his daughter’s chemotherapy picked up a ride that would earn him more than $250,000. This week, Raul Torres went on an even more special ride, to his daughter’s prom at Washington Union High.

“She was in septic shock. They thought she was not going to make it out of the hospital,” Torres recalls what doctors told him in February. “Her whole body was shutting down.”

“It’s been very hard,” she says, but she’s not talking about the chemo. “It’s just so hard to choose one.”

Sprawled on a bed are reds, blacks, laces, sequins, and sparkles … designer prom dresses for Mayra.

Mayra was diagnosed with Lymphoma in June 2020.

“I would literally cry and tell them I’m done with this, I don’t wanna do this no more,” she says.

“I used to go to the room to see how she’s doing, she’d be crying, just holding her shoulders crying,” Torres says.

He’s been driving for Uber full time to pay for her treatments. It was on a recent Uber trip that his luck changed.

“Storytime … I went to Coachella this weekend and I thought this guy was kinda hitting on me but then he just robbed me,” Moore says at the beginning of a now-viral video detailing her mishaps at the music festival.

Moore explains how after getting robbed and stranded at Coachella last month, she met an Uber driver who would not leave her side until she found her phone.

“I’m not going to just drop you off like that, I’ll wait for you. Once you get your phone you can do whatever you have to do,” Torres recalls telling Moore.

“We went on like, and entire adventure from 10 am to 6 pm, which should’ve been an entire day of work for him and towards the end of the day is when I started realizing he actually needed more help than I did,” Moore shares

That’s when she learned about Mayra and decided to help. Moore launched a GoFundMe campaign that’s raised more than $250,000 in less than a month.

‘Lunchflation’ means the cost of your meal is going up

Mayra’s story also knew caught the attention of dress designers who the 18-year-old needed some help feeling like herself again.

“I used to dance, sometimes I used to run. I used to sing,” she remembers. “I’m tired of being like this. I wanna be my own self again.”

But going to the prom on Saturday reminded Mayra who she was.

“Makes me a little bit happier,” she says.

Despite a First-Ever ‘Right-to-Repair’ Law, There’s No Easy Fix for Wheelchair Users