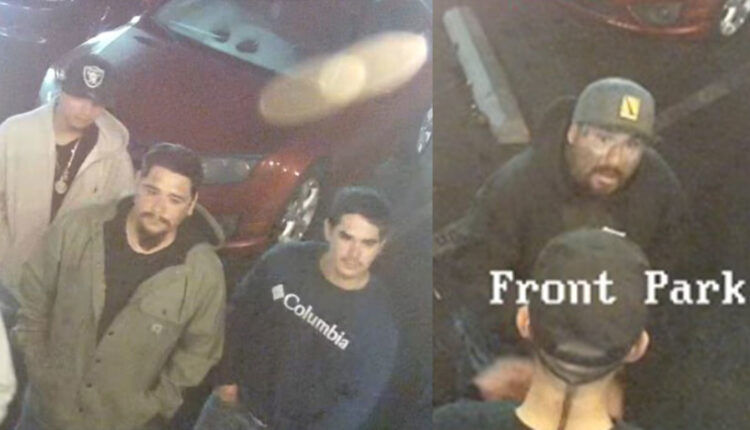 VISALIA, Calif. (KFSN) — It’s been thirteen days since 41-year-old David Luna, known as “Gator,” was shot inside the Green Olive Bar in Visalia while working as a security guard.

Police say he was breaking up a fight and was caught in the crossfire.

Family and friends are now grieving and hoping for justice.

On Tuesday, the Visalia Police Department released pictures of the suspects.

Along with the release of the photos is a photo of a white pickup truck, a vehicle of interest.

“This is going to bring sadness to his family and grief and heartache for years to come because this time of year is going to be a remembrance of the loss to their family. We want to bring closure and a little bit of cheer or happiness to the family in that closure in bringing these people that are wanted for the murder, bringing them to justice,” explained Sgt. Art Alvarez.

“Once they are in custody, I am sure everybody will be at ease about it. Gator’s family, kids, they all need justice, and these people need to be taken off the streets before they kill somebody else,” said Lisa Mills, a witness to the shooting.

Mills was inside the bar on the night of Gator’s death and says she’s now in constant communication with the family and will stand with them until justice is served.

“His name will always be there. His kids can be proud of who he was and carry his name. He was just a great guy and really did not deserve to die that night,” Mills said.

“David was the type of man who would drop what he’s doing just to help you out. He was a brother we could all count on, no questions asked. Even in his last moments, he was trying to help someone out, a stranger, ” a club member wrote in a statement to Action News.

A GoFundMe account has been set up to help pay for Gator’s memorial expenses.

‘Caged … For No Fault of Your Own’: Detainees Dread Covid While Awaiting Immigration Hearings