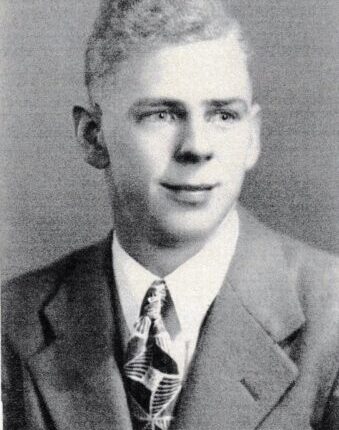 Wallace Donald “Wally” Thorp, 94, of Cassadaga, passed away peacefully into his eternal home Aug. 10, 2022, after speaking with his wife on the phone.

He went to work at Twig Hardware, Cassadaga and then purchased EM Turk Hardware in 1948 and sold it in 1955. During that time he was Stockton Town Constable and the popular local plumber, roofer, electrician and responded to various and numerous service calls of all kinds.

Wally and Shirley moved to their current residence in Cassadaga in 1989. He drew the plans and with the help of his son, Danny and friend, Mark Wagner, built it.

They have traveled the West and East coasts and throughout the South to visit family and friends. He enjoyed cribbage, golf, bowling, fishing and jig saw puzzles, (even though he was color blind) finishing what would be his last puzzle the day prior to his hospital admission.

A celebration of life will be held 2 pm Sunday, Aug. 21 at Stockton Community Church, 4554 Railroad Ave., W, Stockton. Luncheon to follow. Burial in Greenwood Cemetery, Stockton will be private.