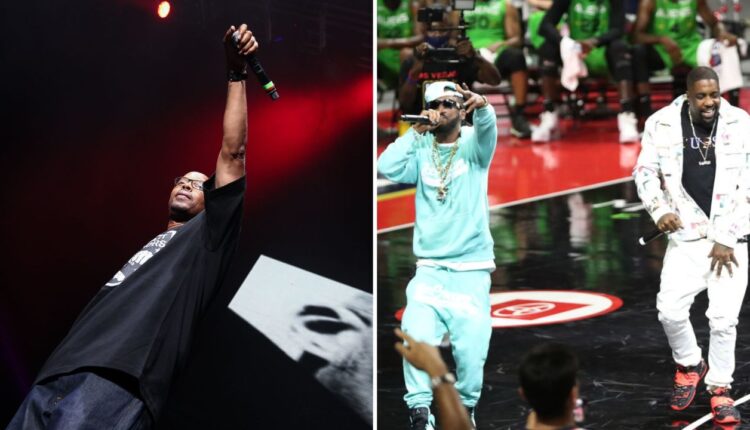 SACRAMENTO, Calif. (KTXL) — The Sacramento Kings announced that rapper Warren G and hip-hop duo Luniz will perform at the team’s home game against the Golden State Warriors on Nov. 13.

The hip-hop performances will take place as part of the Kings’ West Coast Hip-Hop Night. Luniz will perform at halftime while Warren G will perform following the game at the DOCO Plaza outside of the Golden 1 Center.

The outdoor concert at the plaza will have beverages and beer available to purchase.

Warren G, a Long Beach native, is considered a pioneer of hip-hop’s G-funk era in the 1990s with hits including “Regulate” and “This DJ.” Luniz, an Oakland-based duo known for their hit song “I Got 5 on It,” consists of Yukmouth and Numskull.

“We are thrilled to have Warren G perform for the best fans in the NBA right outside Golden 1 Center’s iconic grand entrance,” Sacramento Kings President of Business John Rinehart said in a statement. “Combined with Luniz during halftime, West Coast Hip Hop Night will bring two dynamic musical acts together as the team shines a light on a genre that has entertained for generations.”

A pregame studio session will also be held by the hip-hop artists for local youth and mentors. According to the Kings, participating youth and mentors are associated with Interns to Pros Inc., Greater Sacramento Urban League, St. Hope Academy, and Florin Square Community Development Corporation.

Sacramento among the top soccer cities in America, report says

During the Kings’ game against the defending champion Warriors, fans will receive LED bracelets to be part of an in-arena show, according to the team.

The Kings will also debut their new city edition uniforms.