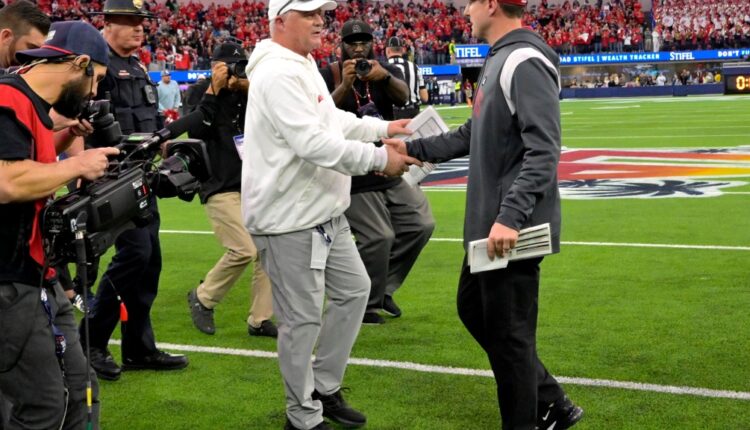 Jake Dickert and the Washington State Cougars were the first Pac-12 team to make a bowl game appearance.

The Cougars finished the year 7-5 and were seventh in the Pac-12. They played the Mountain West Conference champion Fresno State Bulldogs in the Jimmy Kimmel LA Bowl.

Washington State lost its offensive and defensive coordinators prior to the game. They took other jobs, and it showed in Los Angeles. The Bulldogs’ impressive win streak continued with a sea of ​​red supporting Fresno State at SoFi Stadium.

The game wasn’t close one bit. Fresno State won its ninth straight game and moved to 10-4 with a 29-6 victory.

WSU quarterback Cameron Ward struggled. He went 22-32 for 137 yards with no scores and an interception against Fresno State. The Bulldogs’ defense was suffocating all game long.

Moreover, Fresno State running back Jordan Mims impressed everybody and showed his NFL talent even more with 18 carries for 209 yards and a pair of scores.

Fresno State RB Jordan Mims showcasing his fluid athleticism and change of direction skills once again with a chunk run in the LA Bowl. He’s up to 164 yards from scrimmage and a score on 13 touches today.

Jake Haener, who missed time earlier in the season, went 24-36 for 280 yards and a pair of scores, and Cal transfer WR Nikko Remigio led the team with five catches for 84 yards and a touchdown.

Haener, who played at Washington before transferring to Fresno State, never had the opportunity to play in the Apple Cup, but now he gets a massive win over the Cougars to end his college career and give the Bulldogs a 10-win campaign after starting 1 -4.

Heisman Trophy Trivia: test yourself on the history of this award and USC’s place within it

After Tuition, Books, and Room and Board, Colleges’ Rising Health Fees Hit a Nerve

Sacramento apartment catches fire after a candle is left burning