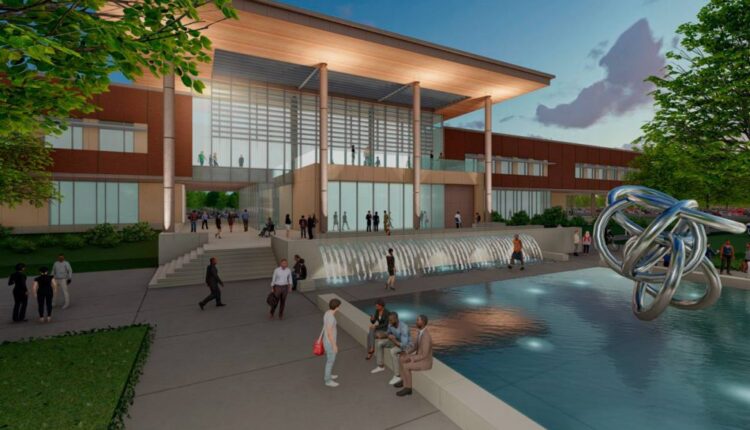 Artist Teresa Flores is leading community engagement events that will give residents the chance to share West Fresno stories that could be the inspiration for art for the fountain on the new Fresno City College West Fresno Center now under construction at Church and Walnut Avenues in southwest Fresno.

The first was Friday afternoon and featured a recording booth to share stories, photo sharing, and drawing and writing stations.

The second event will be 11 am to 2 pm Tuesday, Sept. 13 at the Fresno City College Art Space Gallery, in the Art and Home Economics Building next to the main fountain on the college campus on McKinley Avenue. College students, faculty, and staff with a connection to West Fresno may gather to write, draw, and speak their stories and visions, which will be incorporated into the water feature’s artwork. Light refreshments will be provided.

Fresno siblings John Benedict and Pauline Victoria Estrada keep racking up prizes for a science project that should be near and dear to all of us — analyzing plants during drought with an eye toward water conservation.

Their latest award was a $25,000 scholarship as one of the 2022 Davidson Fellows. Only 21 students were recognized as scholarship winners.

Last year John Benedict, 17, snagged one of the major prizes in the 2021 Regeneron International Science and Engineering Fair, the Gordon E. Moore Award of $50,000 for Positive Outcomes for Future Generations.

He and Pauline Victoria, 15, both Clovis North students, teamed up in this year’s Regeneron fair with a redefined version of their science project, which uses artificial intelligence to detect drought stress in plants. and won a $5,000 prize.

At least 50 incoming freshmen at Fresno State won’t have to worry so much about repaying student loans someday — so long as they keep their grades up.

They are the 24th class of President’s Honors Scholars at the university’s Smittcamp Family Honors College, and their scholarship includes a $6,000 scholarship for each of their undergraduate years and an optional credit for on-campus housing.

Through the program the students take a series of specially designed honors courses, participate in a weekly colloquium, and have access to educational, scholarly, and social activities.

To keep their scholarships, they’ll need to maintain a grade-point average of 3.25 in their freshman year, 3.35 as sophomores, and 3.5 as juniors and seniors, which shouldn’t be hard: To qualify for the scholarship they needed to be in the top 10% of their high school graduating class or have a minimum 3.8 GPA.

The West Side Ivy League Project got a big boost recently with a $30,000 grant from the Kashian Foundation that will be used to underwrite campus visits for 40 ninth graders from the westside communities of Kerman, Tranquility, San Joaquin, Firebaugh, Mendota, Huron, Avenal , and Coalinga.

The Ivy League Project strives to give high schoolers, who would be the first generation in their family to attend college, help in wading through the college application process as well as a boost to their confidence to apply to highly selective Ivy League schools such as Harvard and Yale.

School Zone spotted a news story recently that said the California GOP is encouraging candidates to start their political careers by running for school boards (which ostensibly are nonpartisan seats), which has boosted the ranks of candidates statewide.

There are multiple candidates running in some Fresno-area trustee races, but is it more than usual? At least as far as Fresno Unified races are concerned, this year is pretty typical, School Zone discovered by checking elections going back to 2004 and then averaging the races with more than one candidate.