What Does Federal Reserve Interest Rate Hike Mean For You? – CBS Sacramento 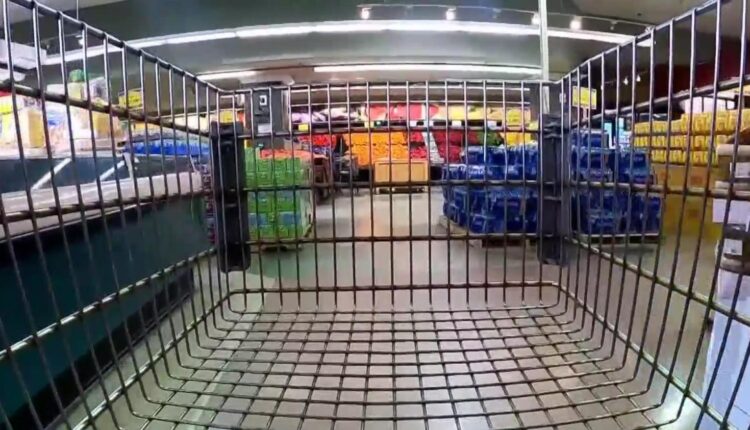 SACRAMENTO (CBS13) — In a race to slow the economy and combat inflation, the Federal Reserve raised interest rates to their highest amount in nearly 30 years.

The feds approved a rate hike of three-quarters of a point, but what does that mean for your pocketbook?

The short answer: you’re going to pay more if you need to borrow money whether that’s for a home, a car or your credit cards. And with so many families already feeling the squeeze, this hike is just another punch in the gut.

Shoppers already have a penny-pinching mindset every time they head to the store.

“Honestly, I have been looking at TikToks on how to grow your own produce because it is getting so expensive to buy it at the store,” said Julia Olson, a bargain shopper.

With inflation at an eye-popping 8.6%, prices are just too painful for many.

“I buy a lot of frozen vegetables,” Rena Lewis said. “I’m not buying them [fresh] because they’re just too expensive. I’m actually saying they can rot right there in the store.”

But in a bold move to stop those soaring prices, the federal reserve raised its benchmark interest rate by three-fourths of a percent — the largest since 1994.

“We’re strongly committed to bringing inflation back down, and we’re moving expeditiously to do so,” said Federal Reserve chairman Jerome Powell.

The goal is to slow spending, but another three-quarter point hike is possible next month if prices stay high.

“The Federal Reserve can simply control the demand side of the equation,” said Sanjay Varshney, a Sac State finance professor. “What they are trying to do by raising the rates is slow down the economy, but really, the Federal Reserve cannot do much on the supply side.”

So what does this mean for you?

“Well, if you’re a borrower, this could be bad news. If you have a credit card balance, it’s going to cost more to service that debt. If you’re going out and buying a new car with a car loan, it’s going to be more expensive,” said Jill Schlesinger, CBS News business analyst.

With gas prices now over $5 a gallon, President Biden is calling on Unites States oil refineries to ramp up production.

“The biggest driver of inflation everywhere is energy prices and how it’s flowing through the economy,” said Liz Miller, the president of Summit Place Financial Advisors.

The sky-high prices may already be having an impact on consumer spending. It actually dropped last month. As for home buyers, the fed chair says a lack of inventory may keep prices high, even though the average mortgage rate is now close to 6%.