Which Counties Are Most At-Risk of Economic Decline? 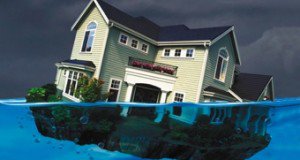 Releasing its new Special Housing Risk Report, ATOM Data spotlights county-level data revealing that areas in California, Illinois, and New Jersey have the highest concentrations of counties that are in danger of economic declines in the near future.

Based on their findings on affordable numbers, local unemployment rates, underwater mortgages, and recorded foreclosures, counties near Chicago, New York City, and inland California were the most at risk of seeing declines, accounting for 34 of the top 50 counties included in this report. The 50 most at-risk included eight counties in the Chicago metropolitan area, six near New York City and 10 sprinkled throughout northern, central and southern California.

While the West, Mid-West, and East saw the highest number of counties that were in danger of decline, the South posted the best numbers among the four major regions.

“While the housing market has been exceptionally strong over the past few years, that doesn’t mean there aren’t areas of potential vulnerability if economic conditions continue to weaken,” said Rick Sharga, EVP of Market Intelligence at ATTOM. “Housing markets with poor affordability and relatively high rates of unemployment, underwater loans, and foreclosure activity could be at risk if we enter a recession or even face a more modest downturn.”

“The housing market has been one of the strongest components of the US economy since the onset of the COVID-19 pandemic,” Sharga noted. “But Federal Reserve actions aimed at bringing inflation down from its 41-year high are having an immediate impact on home affordability, sales, and pricing. Whether the Fed can execute a relatively soft landing, or inadvertently steers the economy into a recession will determine the fate of the housing market over the next 12-18 months.”

Most-vulnerable counties clustered in the Chicago, New York City, Cleveland and Philadelphia areas, along with Delaware and sections of California

4 hospitals united to tackle one of Sacramento’s toughest problems. Here’s what they did | style