Will Griz Pull Off Upset? 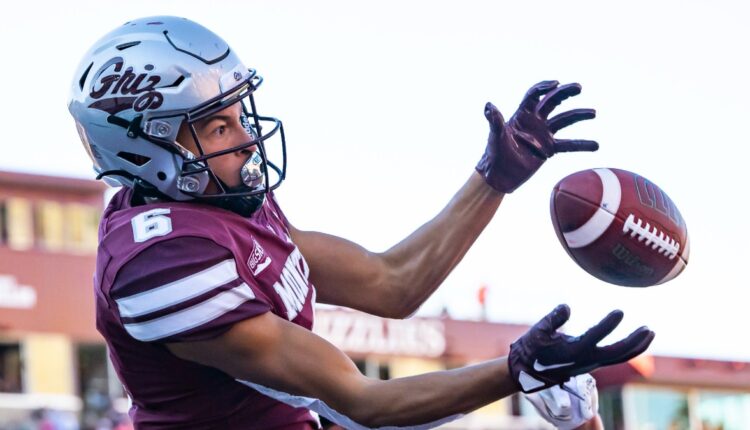 Montana entered last week as the No. 2 team in the FCS Coaches Poll and the Stats Perform Top 25. However, it suffered a shocking 30-23 loss at home to Idaho.

It was the first time the Grizzlies lost to Idaho since 1999.

Montana will need to bounce back quickly, as it heads on the road to battle an undefeated Sacramento State team.

Montana fell to No. 7 in the Stats Perform Top 25 and FCS Coaches Poll.

Meanwhile, Sacramento State moved up to No. 2 and no. 3 in the respective polls — its highest ranking in both polls. Sacramento State matched its best start in school history with a 52-28 win over Eastern Washington. The Hornets are 6-0 for the first time since 1991.

Can Sacramento State continue its success at home?

Montana will be looking to get back on track offensively after being completely shut down by Idaho.

With 23 points, Montana was well off its average of 43 points per game. The Grizzlies were limited to 220 yards of total offense, including 34 on the ground. Montana had entered last week averaging 170.6 rushing yards per game.

The Grizzlies use a running back committee, and Xavier Harris and Nick Ostmo are tied for the team lead with 242 rushing yards. Harris averages a yard more, with 5.9 per carry compared to 4.9 for Ostmo.

Running back Marcus Knight (192) and quarterback Lucas Johnson (182) are knocking on the door of 200 yards themselves. Johnson leads the team with six rushing touchdowns.

Johnson has been efficient as a passer, as well. The San Diego State transfer is completing 64.7% of his passes and has thrown for 1,213 yards, 13 touchdowns and four interceptions. He is tied for 16th in the FCS in touchdown passes.

His top target has been Mitch Roberts. Roberts leads the team with 28 receptions for 346 yards and four scores.

However, outside of Roberts, Johnson has done a nice job of spreading the ball around. Seven Grizzlies have double-digit receptions and six have over 100 yards.

Safety Robby Hauck and linebacker Patrick O’Connell anchor the defense. Hauck leads the team with 55 tackles, while O’Connell is second with 50 tackles, a team-leading 7.5 sacks and two interceptions.

For Sacramento State, a high-powered offense has fueled its historic start. The Hornets have already amassed 30 first downs three times in the first six games, three of the highest totals in school history.

With 37 and 36 first downs the last two weeks, the Hornets have the top two single-game totals for first downs in the Division I era.

Sacramento State ranks fourth in total offense with 519.8 yards per game, but 19th with 6.49 yards per play.

Sacramento State consistently makes its way down the field as opposed to having a tone of big plays, which is part of the reason it picks up so many first downs. The Hornets rank second in the FBS in scoring offense at 48.3 points per game.

The running game leads the way for Sacramento State, as it ranks third in the FCS with 275.3 rushing yards per game.

Running back Cameron Skattebo leads the way with 740 rushing yards and five touchdowns. He ranks fourth in the FCS with 123.3 yards per game and is coming off of a 201-yard outing against Eastern Washington.

The Hornets use two quarterbacks, and Asher O’Hara is the runner of the bunch, as he has 424 rushing yards and 11 touchdowns.

However, do not sleep on the Hornets’ passing attack. O’Hara has four touchdowns, zero interceptions and is completing 76% of his passes.

Starter Jake Dunniway is completing 64.8% of his passes and has thrown for 1,121 yards, 11 touchdowns and four interceptions. Sacramento State ranks 25th in the FCS in team passing efficiency and 38th with 244.5 passing yards per game.

Marshel Martin is the leading receiver with 28 catches for 362 yards and five touchdowns. Six Hornets have double-digit receptions while seven have reached the 100-yard mark already.

Skattebo is also dangerous catching the ball out of the backfield with 16 receptions, 201 yards and three touchdowns.

Montana is not the only team in this matchup with a strong rushing defense. Sacramento State ranks 13th in the FCS in rushing yards allowed per game (91.5) and 11th in yards per carry allowed (3.3).

Montana and Sacramento State combine to average over 85 points per game, so you should expect plenty of points on the board in this one.

However, Sacramento State is the team with the better offense in this matchup. The Hornets have outscored opponents by 63 points in the first quarter.

If the Hornets race out to another fast start, Montana will be in a bind. Montana is not well equipped to play from behind, particularly with Johnson struggling.

Over the last two games, Johnson is completing 56.7% of his passes, averaging 177 yards per game and has three touchdowns and three interceptions.