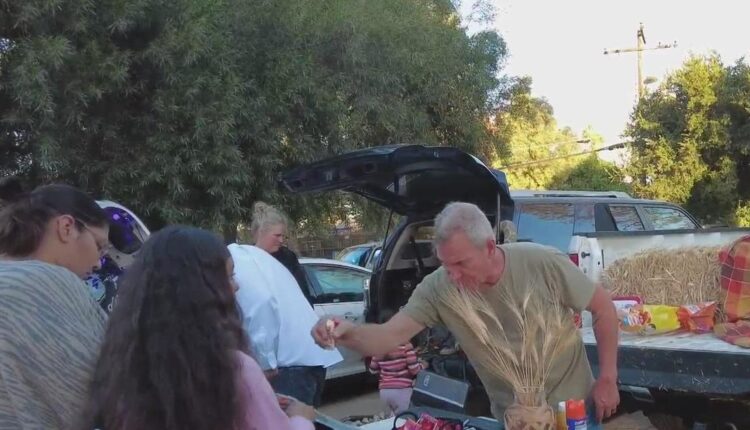 SACRAMENTO — Residents in a South Sacramento neighborhood are fed up with homeless people camping and vandalizing a community park.

“All of the different people around here. It’s dangerous,” neighbor Dana Estacio said.

Estacio is among dozens of neighbors in the area who say they no longer feel safe bringing their children to the park to play.

“I can’t consciously tell my daughter to go play at the park like I should be able to,” Estacio said.

Estacio tells CBS13 that homeless people take over the picnic tables, sleep on the playground and destroy the bathrooms.

Martha Perez, who lives directly across the street from the park, says the park has grown increasingly dangerous over the past few years. She says she calls the police on people at least once a week.

“I don’t feel comfortable in my front yard,” Perez said.

Matthew King, one of the organizers for Chorley Park’s second annual Trunk-or-Treat, says the homeless population has taken the park hostage.

“I’ve found needles on the playground. And people defecate right next to the playgrounds, and I come out and clean it up. It’s tough,” King said.

King says safety was their top priority for Saturday’s truck-or-treat event. Sacramento Police officers were at the event, but King says something needs to change.

“We just want a safe park.”