Zeppelin the dog vanished 14 months ago from Sacramento and ended up in Kansas. He just got reunited with his owner 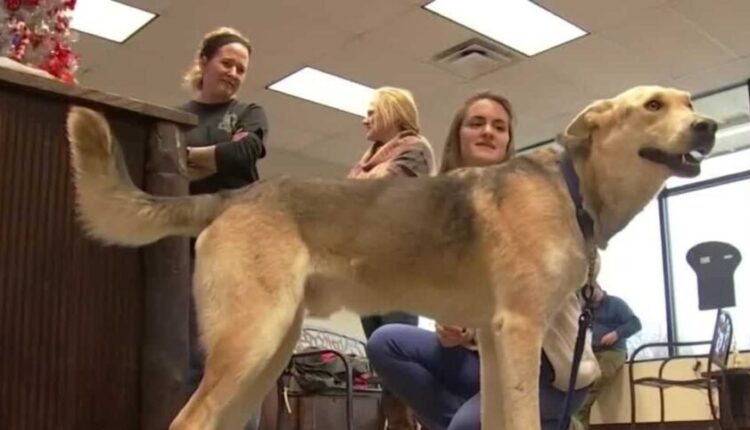 SACRAMENTO, California (KCRA) — A Sacramento dog that vanished more than a year ago and ended up more than 1,600 miles away in Kansas is back home.

Zeppelin the dog was recently found after having disappeared 14 months ago.

After Heather Reichart found him barking in her pasture, she took him to a vet in Louisburg, where a microchip scan revealed he belonged to an owner in Sacramento, KCTV first reported.

The dog’s owner, Sandra O’Neil, had never given up hope since the pooch went missing.

“I always thought if he got away and someone checked his chip maybe he would come back to us,” she told KCRA 3 on Wednesday. “I hadn’t given up completely.”

She had driven to the spot where she last saw him and said a prayer. The next day she got the call that he had been found.

“I was just floored by how far he made it,” she said.

O’Neil first got a virtual reunion with Zeppelin via FaceTime and now will have him back at home just in time for the holidays.

“This is an amazing gift. Our whole family is blessed to have him coming home,” said O’Neill.

Zeppelin’s long road trip home happened thanks to the efforts of another stranger. Mary Hastings, who is from Newberry Springs in Southern California.

“I didn’t tell anyone. I didn’t ask anybody. I just did it,” Hastings said.

Hastings was visiting her sister in Ohio when her daughter in Kansas told her about Zeppelin who needed a ride home. She volunteered to drive the dog back to its owner. They arrived in Sacramento on Wednesday and met near the Sacramento Wier.

Hastings wanted to give the special gift during the Christmas season.

The reunion took place in the same area where O’Neill first found Zeppelin in January 2020. She believes someone dumped him there.

O’Neill calls Hastings a “Christmas Angel” and said she is excited to have Zeppelin home for the holidays.

“I don’t know what he’s been through so he’s going to get lots of love,” she said.

KHN’s ‘What the Health?’: The Covid Response Coordinator Speaks