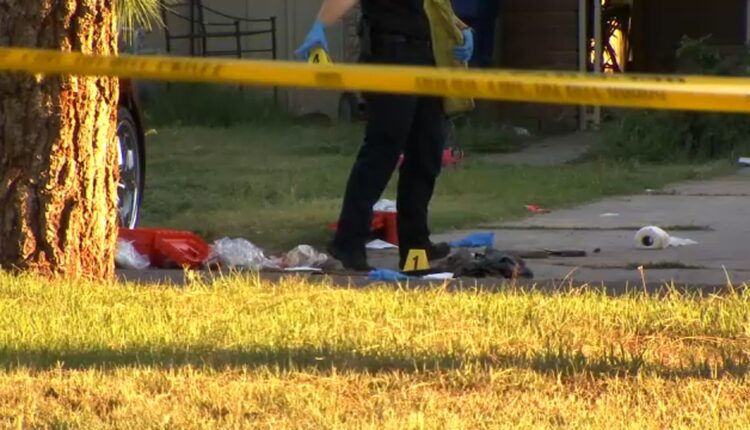 It happened on North Knoll Drive near Clinton and Brawley Avenues.

Fresno police got a call around 11 pm about a shooting with a possible victim. They arrived to the area and found an injured 12-year-old boy.

A family birthday party for a 15-year-old boy was happening at the time of the shooting.

Fresno police are now working to track down the person who pulled the trigger.

“That should not occur in our city,” said Fresno Police Lt. Bill Dooley. “That’s unacceptable with us.”

Police say an argument and fight broke out in the front yard and soon escalated to a shooting.

“Arguments are going to take place, we understand that. Not everybody can get along, we get that. However, someone brought guns – or a gun – to a birthday party. There’s an issue there,” Lt. Dooley said.

The 12-year-old boy had multiple gunshot wounds and was rushed to the hospital where he remained in critical condition.

On Monday, balloons were still visible as investigators collected evidence. They went door to door looking for surveillance video in the neighborhood.

A woman who lives at the home where it happened didn’t want to speak on camera, but said adults were supervising the party and they were playing the last song of the night when shots were fired.

She said the 12-year-old had just arrived and was not involved in the fight.

A home across the street was also struck by gunfire.

A bullet hole was visible on the garage, but police say, thankfully, no one else was hurt.

Now investigators are asking anyone who was at the party or lives in the surrounding area to turn over any video they have that may help detectives.

Pictures: Air travel in style above the Yorkshire Dales