Pictures: Air travel in style above the Yorkshire Dales 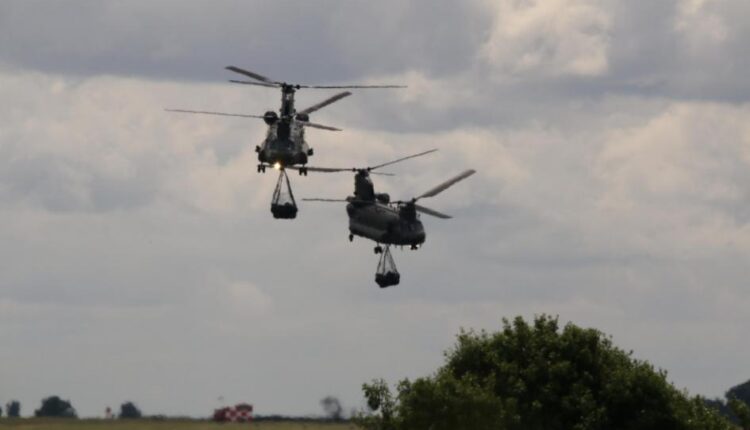 Several hot air balloons took to the skies over the Leyburn area early on Saturday and Sunday morning. Members of the Pennine Region Balloon Association delighted residents by loftily floating down the Ure Valley.

These lighter than air and brightly-coloured inflatables could be seen for several miles, and apart from an occasional whoosh from the basket’s burner are both quiet and seemingly energy-efficient – ​​and there are no queues.

When it comes to taking luggage with you the easy way, two RAF Chinooks with troops exercising from RAF Leeming and Catterick Garrison showed how the professionals do it. Capable of carrying 55 troops or up to 10,000kg, they can easily carry vehicles or other military hardware.

However when it comes to a more long-lasting style, a visit from the 77-year-old Lancaster Bomber of the RAF’s Battle of Britain Memorial Flight trumped them all. Making a flying visit to the Masham Steam Rally, the crowd and casual spectators nearby stopped whatever they were doing to marvel at the sight and distinctive sound of the four Merlin engines as one of the only two surviving flying examples world-wide of this iconic aircraft made several passes over the showfield.